Ernest Louis was the elder son of Louis IV, Grand Duke of Hesse and by Rhine and Princess Alice of the United Kingdom, daughter of Queen Victoria and Prince Albert of Saxe-Coburg and Gotha. He was named Louis after his father. His nickname was "Ernie". One of seven siblings, two of whom died in childhood, Ernest grew up with his four surviving sisters in Darmstadt. One of his younger sisters, Alexandra, would marry Tsar Nicholas II, the last Emperor of Russia, while another sister, Victoria Mountbatten, would be the mother of Queen Louise of Sweden and of Princess Alice of Battenberg, who was the mother of Prince Philip, Duke of Edinburgh.

Ernest Louis grew up in a loving household, with parents who demonstrated their affection for their children, something not typical for that social stratum in those days. He grew much attached to his parents and siblings, and it was his misfortune that he was fated to witness several deaths among them during his childhood. When he was five, his only brother Prince Friedrich died. The two boys had been playing a game when the younger boy, who suffered from haemophilia, fell through a window onto the balcony twenty feet below. Ernest Louis was inconsolable. "When I die, you must die too, and all the others. Why can't we all die together? I don't want to die alone, like Frittie," he told his nurse. To his mother he said, "I dreamt that I was dead and was gone up to Heaven, and there I asked God to let me have Frittie again and he came to me and took my hand."

In 1878, when Ernest was ten, an epidemic of diphtheria swept through Darmstadt. His father and all the children, except Elisabeth, who was visiting her paternal grandmother, fell ill. Princess Alice cared for her sick husband and children, but on 16 November, the youngest of them, Princess Marie, died. Alice kept the news from her family for several weeks, until Ernest Louis, who was devoted to little Marie, asked for his sister. When his mother revealed Marie's death, Ernest Louis was overcome with grief. In comforting her grieving son, Alice kissed him. She fell ill within a week, and died on December 14, the anniversary of her own father's death.

On 19 April 1894, at Schloss Ehrenburg, Ernest Louis married his maternal first cousin, Princess Victoria Melita of Saxe-Coburg and Gotha ("Ducky"), the daughter of his mother's brother, Prince Alfred. The match was actively encouraged by their mutual grandmother, Queen Victoria, who attended the wedding. At the wedding, Ernest's youngest surviving sister, Alix, met and became engaged to marry Tsarevich Nicholas of Russia, and the excitement of that imminent match threw the nuptial celebrations into the shade.

Ernest and Victoria entertained in style, frequently holding house parties for young friends (anybody above 30 was deemed "too old" by Victoria), dispensing with formality on those occasions to indulge in fun and frolic; Victoria's cousin Prince Nicholas of Greece and Denmark remembered one stay with them as having been "the jolliest, merriest house party to which I have ever been in my life." These revelries were more in keeping with Victoria's inclinations than Ernest's. Their marriage was unhappy due to differences in temperament and attitude. Fond as she was of revelry, Victoria was less enthusiastic about fulfilling her public role. She avoided answering letters, put off visits to elderly relations whose company she did not enjoy, and talked to people who amused her at official functions while ignoring people of higher social or official standing whom she found boring. Victoria's inattention to her duties provoked quarrels with Ernst. The young couple had loud arguments which sometimes turned physical. The volatile Victoria shouted, threw tea trays, smashed china against the wall, and tossed anything that was handy at Ernst during their arguments.

Queen Victoria was saddened when she heard of the trouble in the marriage from Sir George Buchanan, her chargé d'affaires at Darmstadt, but because of their daughter, Elisabeth, she refused to consider permitting her grandchildren to divorce. Ernest also held off from divorce mainly for this reason. He adored his daughter to distraction and lavished his time and attention on her. The child reciprocated her father's affection, preferred the company of her father to that of her mother. Meanwhile, all efforts to rekindle the marriage failed; Victoria took to spending most of the year in the south of France, spending vast sums in expenses and at the card-tables in Monte Carlo. When Queen Victoria died in January 1901, significant opposition to the end of the marriage was removed. The couple were divorced 21 December 1901 on grounds of "invincible mutual antipathy" by a special verdict of the Supreme Court of Hesse. After the divorce had come through, Victoria was to tell some close relatives that Ernest was a homosexual. Apparently, she had caught her husband in bed with a male servant when, in 1897, she returned home from a visit to her sister Queen Marie of Romania. She did not make her accusation public, but told a niece that "no boy was safe, from the stable hands to the kitchen help. He slept quite openly with them all." Victoria later married another first cousin, this time on her mother's side, while Ernest married Eleonore of Solms-Hohensolms-Lich.

Ernest Louis remarried in Darmstadt, on 2 February 1905, to Princess Eleonore of Solms-Hohensolms-Lich (17 September 1871 – 16 November 1937). This marriage proved harmonious and happy. The couple had two sons:

In addition to his marriage, Ernest Louis maintained a close friendship with the bisexual Karl August Lingner, the inventor of Odol, one of the first liquid mouth-washes. When Lingner died of tongue cancer, he bequeathed Tarasp Castle in Switzerland to Ernest Louis. However, the Hesse family never lived in it, and it was sold in 2016.

In 1892, Ernest Louis succeeded his father as grand duke.

Throughout his life, Ernest Louis was a patron of the arts, founding the Darmstadt Artists' Colony, and was himself an author of poems, plays, essays, and piano compositions.

Ernest Louis commissioned the New Mausoleum in 1903. It was consecrated on 3 November 1910, in the presence of the Grand Duke and his immediate family, that is to say, his wife Eleonore, Tsar Nicholas II and his two sisters, the Tsarina Alexandra Feodorovna of Russia, Grand Duchess Elisabeth Feodorovna (Ella), Victoria Princess Louis of Battenberg and her daughter, Louise, and Princess Heinrich of Prussia accompanied by her husband. The remains of Grand Duke Ludwig IV, Princess Alice, Grand Duchess of Hesse and by Rhine along with their children 'Frittie' and 'May' were re-interred in the New Mausoleum.

During World War I, Ernest Louis served as an officer at Kaiser Wilhelm's headquarters. In February, 1917, the February Revolution in Russia forced his brother-in-law, Tsar Nicholas II, to abdicate. Sixteen months later, in July 1918, his two sisters in Russia, Elizabeth, the widow of Grand Duke Sergei Alexandrovich, and Alexandra, the wife of Nicholas II, were murdered by the Bolsheviks, Alexandra dying alongside her husband and children. At the end of the war, he lost his throne during the revolution of 1918, after refusing to abdicate.

In October 1937, Ernest Louis died after a long illness at Schloß Wolfsgarten, near Darmstadt. He received what amounted to a state funeral on 16 November 1937 and was buried next to his daughter, Elisabeth, in a new open air burial ground next to the New Mausoleum he had built in the Rosenhöhe park in Darmstadt.

The contents of this page are sourced from Wikipedia article on 08 Mar 2020. The contents are available under the CC BY-SA 4.0 license.
View Ernest Louis, Grand Duke of Hesse 's image gallery
Image Gallery 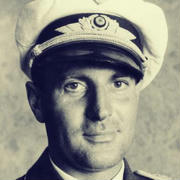 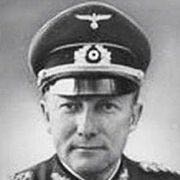 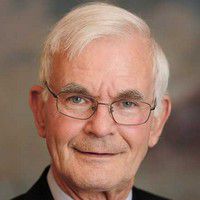