Ernest Forgas Pallarès (born 20 July 1993) is a Spanish professional footballer who plays for FC Andorra as a forward.

Born in Barcelona, Catalonia, Forgas finished his formation with Gimnàstic de Tarragona's youth setup, and made his senior debuts with the farm team in the 2011–12 campaign, in Tercera División. On 1 August 2013 he moved to UE Rubí, in the same division.

On 16 June 2014, Forgas joined CE Sabadell FC, being assigned to the reserves also in the fourth level. On 25 October 2014, he played his first match as a professional, replacing Juanto Ortuño in the 63rd minute of a 0–1 away loss against RCD Mallorca for the Segunda División championship.

Forgas scored his first professional goal four days later, but in a 1–6 home loss against Sevilla FC for the season's Copa del Rey.

The contents of this page are sourced from Wikipedia article on 10 Jul 2020. The contents are available under the CC BY-SA 4.0 license.
comments so far.
Comments
From our partners
Sponsored
Reference sources
References
http://www.vandellos-hospitalet.cat/sites/default/files/recullpremsa/DIARIM%C3%89S_17_L'HOSPITALET%20RET%20HOMENATGE%20AL%20SEU%20EQUIP.pdf
http://www.cesabadell.cat/ca_ES/web/sabadell/-/ernest-forgas-nuevo-jugador-arlequinado
https://web.archive.org/web/20141027023425/http://www.cesabadell.cat/ca_ES/web/sabadell/-/ernest-forgas-nuevo-jugador-arlequinado
http://www.marca.com/2014/10/25/futbol/2adivision/1414257499.html
http://www.marca.com/eventos/marcador/futbol/2014_15/copa/dieciseisavos/ida/sab_sev/
https://www.bdfutbol.com/en/j/j19030.html
https://www.lapreferente.com/J157047/.html#marcoCentral
https://int.soccerway.com/players/ernest-forgas-pallares/387477/
Trending today in 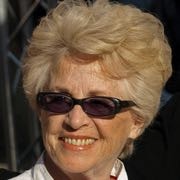