Erna Solberg ([ˈæ̀ːʁnɑ ˈsûːlbæʁɡ]; born 24 February 1961) is a Norwegian politician serving as Prime Minister of Norway since 2013 and Leader of the Conservative Party since May 2004. Inspired by Margaret Thatcher's "Iron Lady" nickname, Solberg has been given the nickname "Iron Erna".

Solberg was first elected to be a member of the Storting in 1989 and served as Minister of Local Government and Regional Development in Bondevik's Second Cabinet from 2001 to 2005. During her tenure, she oversaw the tightening of immigration policy and the preparation of a proposed reform of the administrative divisions of Norway. After the 2005 election, she chaired the Conservative Party parliamentary group until 2013. Solberg has emphasized the social and ideological basis of the Conservative policies, although the party also has become visibly more pragmatic.

After winning the September 2013 election, she became the 28th Prime Minister of Norway and the second female to hold the position after Gro Harlem Brundtland. Solberg's Cabinet, often referred to informally as the "Blue-Blue Cabinet", was a two-party minority government consisting of the Conservative Party and Progress Party. The cabinet established a formalized co-operation with the Liberal Party and Christian Democratic Party in the Storting. The Government was re-elected in the 2017 election, and was extended to include the Liberal Party in January 2018. This extended minority coalition is informally referred to as the "Blue-Green cabinet." In May 2018, Solberg surpassed Kåre Willoch and became the longest serving Prime Minister of Norway to represent the Conservative party. In January 2019, the government was extended to also include the Christian Democrats and thereby secured a majority in Parliament.

Solberg was born in Bergen in western Norway and grew up in the affluent Kalfaret neighbourhood. Her father, Asbjørn Solberg (1925–1989), worked as a consultant in the Bergen Sporvei, and her mother, Inger Wenche Torgersen (1926–2016), was an office worker. Solberg has two sisters, one older than her and one younger.

Solberg had some struggles at school and at the age of 16 was diagnosed as suffering from dyslexia. She was, nevertheless, an active and talkative contributor in the classroom. In her final year as a high-school student in 1979, she was elected to the board of the School Student Union of Norway, and in the same year led the national charity event Operasjon Dagsverk, in which students collected money for Jamaica.

In 1986, she graduated with her cand.mag. degree in sociology, political science, statistics and economics from the University of Bergen. In her final year, she also led the Students' League of the Conservative Party in Bergen.

Since 1996 she has been married to Sindre Finnes, a businessman and former Conservative Party politician, with whom she has two children. The family has lived in both Bergen and Oslo.

Solberg was a deputy member of Bergen city council in the periods 1979–1983 and 1987–1989, the last period on the executive committee. She chaired local and municipal chapters of the Young Conservatives and the Conservative Party.

She was first elected to the Storting (Norwegian Parliament) from Hordaland in 1989 and has been re-elected five times. She was also the leader of the national Conservative Women's Association, from 1994 to 1998.

From 2001 to 2005 Solberg served as the Minister of Local Government and Regional Development under Prime Minister Kjell Magne Bondevik. Her alleged tough policies in this department, including a firm stance on asylum policy, earned her the nickname "Jern-Erna" (Norwegian for "Iron Erna") in the media.

As Minister, Solberg instructed the Norwegian Directorate of Immigration to expel Mulla Krekar, being a danger to national security. Later, terrorism charges were filed against Krekar for a death threat he uttered in 2010 against Erna Solberg.

Solberg became the head of government after winning the general election on 9 September 2013 and was appointed Prime Minister on 16 October 2013. Solberg is Norway's second female Prime Minister after Gro Harlem Brundtland.

The Government was re-elected in 2017, making Solberg the country's first conservative leader to win re-election since the 1980s. The centre-right parties were also able to maintain the majority in the Storting.

Erna Solberg has combined numerous national positions as Minister, Parliamentarian and regional politician with a strong commitment to global solutions for development, growth and conflict resolution.

She also negotiated with the Liberals to join the government in 2018. The Liberals officially joined the Solberg Cabinet on 17 January 2018. After the Christian Democrats alliance conflict that lasted from September to November 2018, they eventually negotiated to join the Solberg Cabinet on the grounds of a minor change in the abortion law, something that caused harsh backlash from the public and critics alike. The Christian Democrats officially joined the Cabinet on 22 January 2019.

As Prime Minister, and former Chair of the Norwegian delegation to the NATO Parliamentary Assembly, she has championed transatlantic values and security.

In 2018 she assembled a global High Level Panel on sustainable ocean economy and introduced the topic at the G7 Summit. Her Government supports the World Bank's PROBLUE initiative to prevent marine damage.

From 2016 the Prime Minister has co-chaired the UN Secretary General's Advocacy group for the Sustainable Development goals. Among the goals, she takes a particular interest in access to quality education for all, in particular girls and children in conflict areas. This was also central in her work as MDG Advocate from 2013 to 2016.

In one her many keynote speeches she stated that there is still a need for traditional aid and humanitarian assistance in marginalised and conflict-ridden areas of the world. The SDGs, however, take a holistic view of global development, and integrate economic, social and environmental factors .

Solberg has shown particular interest in gender issues, such as girl's rights and education. Together with Graca Machel she has expressed the hope that in 2030 no factors such as poverty, gender and cultural beliefs will prevent any of today's ambitious young girls from standing confidently on the world stage

Solberg has secured significant financial support for the Global Partnership for Education and hosted the Global Finance Facility for women's and children's health pledging Conference in Oslo in November 2018. Her firm belief is that investment in education will accelerate progress on all other SDG goals.

She was awarded the inaugural Global Citizen World Leader Award in 2018 for her international engagement.

In Solberg's speech to the UN General Assembly in 2019 she advocated for Norway's candidacy for a non-permanent seat on the Security Council for 2021–2022. She upheld that UN needs to be strengthened and that the world needs strong multilateral cooperation and institutions to tackle global challenges such as climate change, cyber security and terrorism

In 2014 she participated at the Agriculture and Food meeting which was held by Sylvi Listhaug where Minister of Transportation Ketil Solvik-Olsen and Minister of Climate and Environment Tine Sundtoft also were present. Later on, the four took a picture which appeared on the Government.no website on 14 March the same year. In April of the same year she criticized European Court over data retention which Telenor Group argued can be used without court proceedings.

In 2017, the Russian Embassy in Oslo had accused Norwegian officials and intelligence of using “false and disconnected anti-Russian rhetoric” and “scaring Norway’s population” about a "mythical Russian threat". In response, Prime Minister Solberg said: “This is an example of Russian propaganda that often comes when there’s a focus on security policy. There is nothing in this that’s new to us.”

Solberg has tried to maintain and improve the China–Norway relations, which have been damaged since Norway decided to give the Nobel Peace Prize to Chinese dissident Liu Xiaobo in 2010. In response to the death of Chinese Nobel Peace Prize laureate Liu Xiaobo, who died of organ failure while in government custody on 13 July 2017, Solberg said that "It is with deep grief that I received the news of Liu Xiaobo's passing. Liu Xiaobo was for decades a central voice for human rights and China's further development."

In April 2008, it was revealed that Solberg, as Minister of Local Government and Regional Development in 2004, had rejected a request for asylum in Norway by the Israeli nuclear whistleblower Mordechai Vanunu. While the Norwegian Directorate of Immigration had been prepared to grant Vanunu asylum, it was then decided that the application could not be accepted because Vanunu's application had been made outside the borders of Norway. An unclassified document revealed that Solberg and the government considered that extraditing Vanunu from Israel could be seen as an action against Israel and thus unfitting to the Norwegian government's traditional position as a friend of Israel and as a political player in the Middle East. Solberg rejected this criticism and defended her decision.

The contents of this page are sourced from Wikipedia article on 07 Mar 2020. The contents are available under the CC BY-SA 4.0 license.
View Erna Solberg 's image gallery
Image Gallery 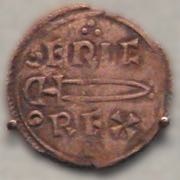