He is the Member of Parliament (MP) representing Durham. He was elected to the House of Commons of Canada in a by-election on November 26, 2012. O'Toole previously served as minister of veterans affairs in 2015. In 2017, O'Toole ran in the 2017 Conservative leadership race to replace Stephen Harper, in which he finished third. Since August 2017, O'Toole has been serving as the Official Opposition critic for foreign affairs.

O'Toole was born in Montreal, Quebec, the son of Molly (Hall) and John O'Toole, who served as the member of Provincial Parliament for Durham in the Legislative Assembly of Ontario between 1995 and 2014. His father is a many-generations Canadian, of Irish descent, and his mother was born in London, England, and came to Canada after World War II. Following his mother's death when he was nine years old, his family moved to Port Perry where he attended elementary school. O'Toole and his family later moved a short way to Bowmanville, where he graduated from Bowmanville High School.

In 1991, O'Toole joined the military, and enrolled at the Royal Military College of Canada (RMC) in Kingston, Ontario. O'Toole holds an honours bachelor of arts in history and political science from RMC, and a law degree from Dalhousie University. Moreover, during his time in the military, O'Toole enrolled in French classes.

O'Toole married his wife Rebecca in 2000. They have a daughter, Mollie, and a son, Jack.

Following his 1995 graduation from RMC, O'Toole was commissioned as an officer in the Canadian Forces Air Command (AIRCOM), now the Royal Canadian Air Force, where he attained the rank of second lieutenant. His first posting with Air Command occurred in Trenton, Ontario, where he was involved in search and rescue operations. O'Toole also spent time at 17 Wing in Winnipeg, Manitoba, where he completed his training as an air navigator.

In 1997, O'Toole was posted to 12 Wing in Shearwater, Nova Scotia. While serving at this post, O'Toole flew as a tactical navigator on a CH-124 (Sea King) helicopter with 423 Squadron, conducted maritime surveillance, and performed search and rescue and naval support operations. While serving at 12 Wing, O'Toole was promoted to the rank of captain. O'Toole also received the Canadian Forces' Decoration for 12 years of service to Canada. O'Toole was also awarded the Sikorsky Helicopter Rescue Award, for having rescued an injured fisherman at sea.

In 2000, O'Toole completed his active service in the military. He transferred to the reserves working as a training officer running flight simulators, while he pursued a law degree until 2003.

O'Toole graduated from Dalhousie University with a law degree in 2003, and returned to Ontario. He articled at, and later became a lawyer with Stikeman Elliott, a leading business law firm in Toronto. During this time, O'Toole primarily practised corporate law, insolvency matters and energy regulation.

Between 2006 and 2011, O'Toole served as the Canadian in-house counsel for Procter & Gamble. He served as corporate counsel for the Gillette healthcare, beauty, and paper business groups, provided commercial and regulatory law advice, and was counsel on issues relating to legislation and anti-counterfeiting operations in Canada.

In May 2012, O'Toole announced his plans to run as the Conservative candidate in the by-election for Durham, following Bev Oda's resignation. On November 26, 2012, O'Toole easily won the by-election for the electoral district of Durham. After spending a few months as a backbencher in the House of Commons, O'Toole was named the Parliamentary Secretary to the Minister of International Trade, Ed Fast, in September 2013.

In 2014, O'Toole partnered with then-senator Roméo Dallaire to host the first Samuel Sharpe Memorial Breakfast, in honour of former soldier and MP Samuel Simpson Sharpe. Sharpe committed suicide in 1918 following his return home from World War I, leaving his military accomplishments largely ignored due to the stigma surrounding mental health and suicide. O'Toole and Dallaire started the memorial breakfast to bring issues of veteran's mental health to the forefront, to recognize those who have served Canada who battle mental health, and to improve access to treatment and resources for soldiers suffering from operational stress injuries. In May 2018, O'Toole introduced a motion to install a plaque commemorating Sharpe on Parliament Hill. The motion to install the plaque passed unanimously.

During his time as minister of veterans affairs, O'Toole was able to convince the veterans to place a lawsuit against the Canadian Government on hold while they entered settlement negotiations. The lawsuit, filed before O'Toole was named minister, was based on Canadian soldiers arguing that the 2006 overhaul of veteran benefits was discriminatory.

In the 2015 election, O'Toole was re-elected as MP for Durham. He received 45 per cent of the vote, followed by Liberal candidate Corinna Traill at 36%.

Stephen Harper resigned as Conservative party leader after the party was defeated by the Liberals in the 2015 election. O'Toole announced that he would seek the interim leadership of the Conservative Party. He was defeated by Rona Ambrose, who named O'Toole the Official Opposition critic for public safety.

On October 14, 2016, O'Toole announced his nomination to be a candidate in the 2017 Conservative Party of Canada leadership election. O'Toole received endorsements from 31 MPs, 12 former MPs, 17 provincial politicians, and CANZUK International. O'Toole finished in third place, behind Maxime Bernier and eventual winner Andrew Scheer.

On August 31, 2018, O'Toole was appointed the Official Opposition Critic for foreign affairs.

In 2018, after Patrick Brown resigned over accusations of sexual misconduct, O'Toole considered entering the Ontario PC leadership election race. However, O'Toole passed on the opportunity, instead endorsing and supporting Christine Elliott.

O'Toole announced that he would seek the leadership of the Conservative Party in late January 2020.

O'Toole subsequently won the leadership race after three rounds of ballots were counted.

In 2012, O'Toole was awarded the Christopher J. Coulter Young Alumnus Award by Dalhousie University, for his achievements and dedication to community service. 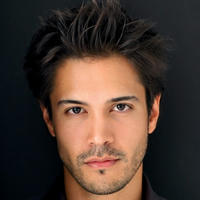