Erin Brockovich (born June 22, 1960) is an American legal clerk and environmental activist, who, despite her lack of formal education in the law, was instrumental in building a case against the Pacific Gas and Electric Company (PG&E) of California in 1993. Her successful lawsuit was the subject of a 2000 film, Erin Brockovich, which starred Julia Roberts. Since then, Brockovich has become a media personality as well, hosting the TV series Challenge America with Erin Brockovich on ABC and Final Justice on Zone Reality. She is the president of Brockovich Research & Consulting. She also works as a consultant for Girardi & Keese, the New York law firm of Weitz & Luxenberg, which has a focus on personal injury claims for asbestos exposure, and Shine Lawyers in Australia.

She was born Erin Pattee in Lawrence, Kansas, the daughter of Betty Jo (née O'Neal; 1923–2008), a journalist, and Frank Pattee (1924–2011), an industrial engineer and football player. She has two brothers, Frank Jr. and Thomas (1954–1992), and a sister, Jodie. She graduated from Lawrence High School, then attended Kansas State University, in Manhattan, Kansas, and graduated with an Associate in Applied Arts Degree from Wade College in Dallas, Texas. She worked as a management trainee for Kmart in 1981 but quit after a few months and entered a beauty pageant. She won Miss Pacific Coast in 1981 and left the beauty pageant after the win. She has lived in California since 1982.

The case alleged contamination of drinking water with hexavalent chromium (also written as "chromium VI", "Cr-VI" or "Cr-6") in the southern California town of Hinkley. At the center of the case was a facility, the Hinkley compressor station, built in 1952 as a part of a natural-gas pipeline connecting to the San Francisco Bay Area. Between 1952 and 1966, PG&E used hexavalent chromium in a cooling tower system to fight corrosion. The wastewater was discharged to unlined ponds at the site, and some percolated into the groundwater, affecting an area near the plant approximately 2 by 1 mile (3.2 by 1.6 km). The Regional Water Quality Control Board (RWQCB) put the PG&E site under its regulations in 1968 (Region six – RWQCB WDRs and subsequent RWQCB board orders).

The case was settled in 1996 for US$333 million, the largest settlement ever paid in a direct-action lawsuit in U.S. history. Masry & Vititoe, the law firm for which Brockovich was a legal clerk, received $133.6 million of that settlement, and Brockovich herself was given a bonus of $2.5 million.

A study released in 2010 by the California Cancer Registry showed that cancer rates in Hinkley "remained unremarkable from 1988 to 2008". An epidemiologist involved in the study said that the 196 cases of cancer reported during the most recent survey of 1996 through 2008 were fewer than what he would expect based on demographics and the regional rate of cancer. However, a June 2013 Mother Jones magazine article featured an extensive critique from the Center for Public Integrity of the author's work on the later epidemiological studies.

As of 2006, average Cr-6 levels in Hinkley were recorded as 1.19 ppb with a peak of 3.09 ppb. For comparison, the PG&E Topock Compressor Station on the California-Arizona border averaged 7.8 ppb with peaks of 31.8 ppb based on a PG&E Background Study.

Working with Edward L. Masry, a lawyer based in Thousand Oaks, California, Brockovich went on to participate in other anti-pollution lawsuits. One suit accused the Whitman Corporation of chromium contamination in Willits, California. Another, which listed 1,200 plaintiffs, alleged contamination near PG&E's Kettleman Hills compressor station in Kings County, California, along the same pipeline as the Hinkley site. The Kettleman suit was settled for $335 million in 2006.

In 2003, Brockovich received settlements of $430,000 from two parties and an undisclosed amount from a third party to settle her lawsuit alleging toxic mold in her Agoura Hills, California, home. After experiencing problems with mold contamination in her own home in the Conejo Valley, Brockovich became a prominent activist and educator in this area as well.

Brockovich and Masry filed suit against the Beverly Hills Unified School District in 2003, in which the district was accused of harming the health and safety of its students by allowing a contractor to operate a cluster of oil wells on campus. Brockovich and Masry alleged that 300 cancer cases were linked to the oil wells. Subsequent testing and epidemiological investigation failed to corroborate a substantial link, and Los Angeles County Superior Court Judge Wendell Mortimer granted summary judgment against the plaintiffs. In May 2007, the School District announced that it was to be paid $450,000 as reimbursement for legal expenses.

Brockovich assisted in the filing of a lawsuit against Prime Tanning Corp. of St. Joseph, Missouri, in April 2009. The lawsuit claims that waste sludge from the production of leather, containing high levels of hexavalent chromium, was distributed to farmers in northwest Missouri to use as fertilizer on their fields. It is believed to be a potential cause of an abnormally high number of brain tumors (70 since 1996) around the town of Cameron, Missouri, which is currently being investigated by the EPA.

In June 2009, Brockovich began investigating a case of contaminated water in Midland, Texas. "Significant amounts" of hexavalent chromium were found in the water of more than 40 homes in the area, some of which have now been fitted with state-monitored filters on their water supply. Brockovich said "The only difference between here and Hinkley is that I saw higher levels here than I saw in Hinkley." In 2012, Brockovich got involved in the mysterious case of 14 students from LeRoy, New York, who began reporting perplexing medical symptoms including tics and speech difficulty. Brockovich believed environmental pollution from the 1970 Lehigh Valley Railroad derailment was the cause and conducted testing in the area. Brockovich was supposed to return to town to present her findings, but never did; in the meantime the students' doctors determined the cause was mass psychogenic illness and that the media exposure was making it worse. No environmental causes were found after repeat testing and the students improved once the media attention died down. In early 2016, Brockovich became involved in potential litigation against Southern California Gas for a large methane leak from its underground storage facility near the community of Porter Ranch north of Los Angeles (see Aliso Canyon gas leak).

Brockovich's work in bringing litigation against Pacific Gas and Electric was the focus of the 2000 feature film, Erin Brockovich, starring Julia Roberts in the title role. The film was nominated for five Academy Awards: Best Actress in a Leading Role, Best Actor in a Supporting Role, Best Director, Best Picture, and Best Writing in a Screenplay Written Directly for the Screen. Roberts won the Academy Award for Best Actress for her portrayal of Erin Brockovich. Erin Brockovich herself had a cameo role as a waitress named Julia R.

Erin Brockovich is named in the Roni Size song, Ghetto Celebrity, from the 2000 album In the Møde.

Brockovich had a more extensive role in the 2012 documentary Last Call at the Oasis, which focused on not only water pollution but also the overall state of water scarcity as it relates to water policy in the United States. 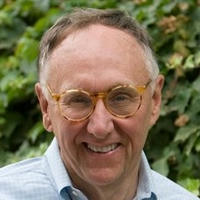