Erin Jill Andrews (born May 4, 1978) is an American sportscaster and television personality. She hosts Dancing with the Stars for ABC and is a sideline reporter for Fox NFL.

Andrews was a co-host of College GameDay on ESPN and a contributor for Good Morning America on the ABC network. She has an on-air presence at many major sporting events, including the Super Bowl and the World Series.

Andrews was born in Lewiston, Maine, to Paula Andrews, a teacher, and Steven Andrews, a TV journalist. Her family moved to San Antonio, Texas when she was 5 years old, and then to Valrico, Florida, 18 months later, when her father, a six-time Emmy Award–winner, began working as an investigative reporter for NBC affiliate WFLA-TV.

Andrews describes herself as a tomboy as a youth, living a life that always revolved around sports, watching NBA games with her father growing up, particularly Boston Celtics games. Andrews cited Hannah Storm, Melissa Stark, Lesley Visser, and Suzy Kolber as female sportscasters she looked up to who ultimately inspired her to become a sportscaster herself.

Andrews attended Bloomingdale High School in Valrico, Florida, where she was a member of the dance team, student government, and the National Honor Society. Also while growing up, she attended Brandon School of Dance Arts in Seffner, Florida. In high school, Andrews claimed that, as a tomboy, she did not have a lot of female friends, opting to hang out with the boys, finding it more enjoyable to discuss sports with them.

Following graduation from high school in 1996, Andrews attended the University of Florida, graduating in 2000 with a Bachelor of Arts (BA) degree in Telecommunication. While in college, she was a member of the Zeta Tau Alpha sorority, and the Florida Gators Dazzlers dance team from 1997 to 2000.

In 2000 Andrews was employed by Fox Sports Florida as a freelance reporter. From 2001 to 2002, she served as a Tampa Bay Lightning reporter for the Sunshine Network. From 2002 to 2004, Andrews covered the Atlanta Braves, Atlanta Thrashers, and Atlanta Hawks for the Turner South network as a studio host and reporter.

Andrews began working for ESPN in April 2004 as a reporter for ESPN National Hockey Night. She has also reported for the College World Series, Little League World Series, and Great Outdoor Games. Andrews began serving as a sideline reporter for ESPN College Football Saturday Primetime and Big Ten college basketball games, and in 2005, her job expanded to include ESPN College Football Thursday Primetime and Major League Baseball sideline reporting. From 2008 to 2010, she reported for ESPN's and ABC's live coverage of the Scripps National Spelling Bee.

Andrews has been a guest on several talk shows, including The Oprah Winfrey Show, Jimmy Kimmel Live!, and The Tonight Show with Jay Leno.

In 2010 Andrews appeared on the tenth season of ABC's Dancing with the Stars, partnered with Maksim Chmerkovskiy. They placed third out of 11 couples.

In January 2011 Andrews signed an endorsement deal with Reebok to promote its ZigTech brand. Two weeks prior, as a sideline reporter during the 2011 Rose Bowl, Andrews noted that Texas Christian University Horned Frogs football players were slipping on the turf because of the new Nike shoes they were wearing. Due to the conflict of interest, ESPN announced revised endorsement guidelines for its journalists that required Andrews to end her endorsement deal with Reebok by the end of 2011.

In November 2011 former ESPN executive Keith Clinkscales filed suit against an erstwhile colleague named Joan Lynch, claiming that Lynch had falsely alleged that Clinkscales had masturbated while sitting next to Andrews on an airplane flight earlier that year. Andrews was reported to have disclosed the incident to a number of people, but chose not to pursue the matter with ESPN's HR department because she was still shaken by public disclosure of her stalking experiences.

Andrews hosted the first hour of ESPN's College GameDay on ESPNU, and had been a Good Morning America correspondent on ABC since 2010, though she had not appeared on the show since covering the Oscars in February 2011.

2012–present: Fox Sports and Dancing with the Stars and CMT Music Awards co-host

On June 29, 2012, it was announced that Andrews was leaving ESPN to join Fox Sports. She was the first host of Fox College Football's studio show with Eddie George and Joey Harrington joining her as analysts. Andrews is also a contributor on Fox NFL Sunday and serves as a field reporter for most major sporting events aired on Fox, such as the MLB All-Star Game, the World Series, the NFL Playoffs, and Daytona 500.

On February 23, 2014, it was announced that Andrews would replace Brooke Burke-Charvet as the co-host of Dancing with the Stars beginning with its 18th season in March 2014. On July 14, 2014, it was announced that Andrews would be replacing Pam Oliver as the sideline reporter on Fox's lead NFL broadcasting crew. In 2015 - 2016, she co-hosted the CMT Music Awards with J. J. Watt and Brittany Snow. On October 4, 2019, Andrews appeared as a guest backstage interviewer on WWE Smackdown.

Andrews became a spokesperson for the Kraft Foods Huddle to Fight Hunger campaign in 2010, which aimed to raise US$2.86 million for Feeding America.

In October 2011, Erin Andrews teamed up with StubHub, the world's largest online ticket marketplace, to launch a new national campaign called Girls Night Out. This campaign encourages women to celebrate and take pride in their love for sports with the opportunity of winning tickets to attend a game of their choice with their friends. A portion of the ticket sales from specific events will be donated to the Tragedy Assistance Program for Survivors. In a quote given by Andrews to Entertainment Business Weekly, she describes her affiliation with Girls Night Out as "a great way for women to show their team spirit this fall, I chose to work with StubHub on this because I know firsthand that many women are just as fanatical about going to games as men, and what better way to showcase that than being at a stadium with your friends and supporting such a great cause too."

In May 2013, she co-hosted the Music Builds: CMT Disaster Relief Concert on the CMT network to raise money for the American Red Cross in response to the April 27 tornadoes in Oklahoma.

At the beginning of the 2014 National Football League season, Andrews was named the new face of CoverGirl and partnered with the cosmetic company for the new #Gameface contest, which encourages women to upload their spirited, fan game-faced images, to social media platforms such as Instagram, Twitter, and Facebook with the hashtag "#Gameface" and tagging @CoverGirl. There would be winners each week which would be picked by Andrews and the winner would be entered to win a pair of tickets to the 2015 Super Bowl. Andrews discussed her involvement with CoverGirl and the reason why she teamed up with the cosmetic company: "Female fans just aren't paid attention to, but there are so many female football and sports fans that are into looking pretty. It's about time a beauty brand got it."

In October 2019, Fanatics teamed up with Andrews on a line of clothing.

In 2008 Michael David Barrett, then 46, filmed Andrews in her hotel room through peepholes at the Nashville Marriott adjacent to Vanderbilt University in Nashville, Tennessee, and the Radisson Airport Hotel in Milwaukee, Wisconsin. On July 16, 2009, one of these videos, in which Andrews appeared totally nude, was posted online and quickly went viral. Barrett was arrested on October 2, 2009, by the FBI for interstate stalking, and pleaded guilty to the charges on December 15, 2009. A second tape of Andrews was discovered on Barrett's computer by authorities in which she is nude in her room at the Radisson Airport Hotel in Milwaukee, Wisconsin. This tape was never made public. On March 15, 2010, Barrett was sentenced to two and a half years in prison, three years of probation, US$5,000 in fines, and US$7,366 in restitution. He served his sentence at the Seattle Community Corrections and was released on July 3, 2012.

Andrews sued Barrett, Marriott International, Radisson Hotels, and five other entities for negligence and invasion of privacy in connection with the secret videotaping. In her lawsuit against Marriott, Andrews alleged that hotel employees gave Barrett the dates she would be at a hotel and a room next to hers. In 2011, Andrews worked with U.S. Senator Amy Klobuchar to enact a new federal anti-stalking law. Andrews was still trying to get the video removed from the Internet in July 2011.

In March 2013 Andrews's lawyers filed a motion in Los Angeles Superior Court seeking to quash a subpoena from Marriott "seeking her payroll records, contracts, performance reviews, any disciplinary reports, as well as other employment information from her current employer, Fox." The attorneys said that Marriott is also seeking "physician letters, notes, annual physicals, and other related medical records" and that the request was an attempt to "harass and embarrass" Andrews.

In October 2015 Andrews filed a complaint against the Nashville Marriott and Michael David Barrett for US$75 million. Jury selection for the hearing began on February 22, 2016. On March 7, 2016, after a two-week trial, the jury awarded Andrews US$55 million. The jury found Barrett 51% responsible and the hotel management company (Windsor Capital Group) as well as its owner (West End Hotel Partners), 49% responsible.

Andrews previously lived in Atlanta, Georgia, but now lives in Los Angeles, California. She was voted "America's sexiest sportscaster" in 2007 and 2008 by Playboy magazine. She began a relationship with professional hockey player Jarret Stoll in December 2012. The couple got engaged in December 2016 and were married on June 24, 2017. Together they have a golden retriever named Howard.

In January 2017 Andrews announced that she was diagnosed with cervical cancer in September 2016 for which she received treatment. After two surgeries, she was pronounced cancer-free. At the time of her diagnosis, Andrews and Stoll had not discussed marriage or having children, but she says it put their relationship on the fast track. Andrews and Stoll chose to continue with a fertility plan of in vitro fertilization (IVF).

After defeating the cancer and informing the public of her experience, she partnered with a women's health diagnostics company, Hologic, to launch a campaign. The campaign, called We Can Change This STAT encourages women to go to the doctor for their annual exams, as well as getting men to encourage the women in their lives to take their exams.

The contents of this page are sourced from Wikipedia article on 25 Apr 2020. The contents are available under the CC BY-SA 4.0 license.
View Erin Andrews 's image gallery
Image Gallery 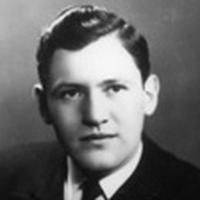 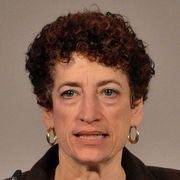 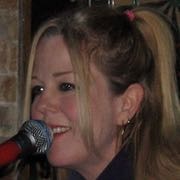