Erika Weinzierl (June 6, 1925 – October 28, 2014) was an Austrian historian, gender researcher, and historian of Nazism. A member of the Austrian People's Party and the Curatorium of the Austrian Mauthausen Committee, she was the second director of the Department of Contemporary History of the University of Vienna, succeeding Ludwig Jedlicka. Weinzierl was a recipient of the Austrian Decoration for Science and Art, the Preis der Stadt Wien für Geisteswissenschaften, the Benemerenti medal, and the Theodor Körner Prize.

Erika Fischer was born June 6, 1925 in Vienna, Austria. She graduated from the University of Vienna.

She headed the Ludwig Boltzmann Institute for the History of Social Sciences and was a full professor at the University of Salzburg and the University of Vienna. For a long time, she was one of the few women in the German-speaking world and the only one in Austria on a history ordinariate. She received many awards for her critical examination of civil society under National Socialism. For many years, she stood up to the "Anti-Semitism Campaign in Austria", of which she later became honorary president.

The author of books and numerous articles, Weinzierl published about 700 titles. She was also editor or co-editor of 30 books, including the monthly or bi-monthly zeitgeschichte ("Journal of Contemporary History") from 1973. She also edited a series of publications of the Institute for Ecclesiastical History, the Historical Institute of University of Salzburg, the Ludwig Boltzmann Institute for the History of Social Sciences (with Wolfgang Huber), and materials on contemporary history (with Rudolf G. Ardelt and Karl Stuhlpfarrer).

The contents of this page are sourced from Wikipedia article. The contents are available under the CC BY-SA 4.0 license.
View Erika Weinzierl 's image gallery
Image Gallery 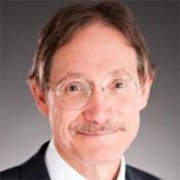