Jones began his racing career at the age of seven, in quarter-midget racing; he began racing stock cars at age 13, and began competing in the ASA Late Model Series in 2010, becoming the youngest-ever winner of the Oktoberfest race at LaCrosse Fairgrounds Speedway. Moving to the Champion Racing Association's CRA All-Star Tour in 2011, he won the series championship in his rookie year; Jones also was the winner of that year's Governor's Cup 200 late model race at New Smyrna Speedway, leading every lap of the event; he was the first driver not born in the state of Florida to achieve that feat in over thirty years.

Jones moved to the ARCA Racing Series for the 2012 season, becoming the first-ever driver to compete in the series at the age of 15; competing in 10 of the series' 19 races (he was not eligible at tracks longer than one mile), he posted a best finish of third at Winchester Speedway and Berlin Raceway. In December of that year, Jones held off NASCAR Sprint Cup Series driver Kyle Busch to win the prestigious Snowball Derby.

In December 2013, Jones was named the winner of the 2013 Snowball Derby after the original winner, Chase Elliott, was disqualified after post-race inspections revealed a piece of tungsten in his car.

In March 2013, Kyle Busch Motorsports announced that it had signed Jones to drive in five age-eligible Camping World Truck Series races in the team's No. 51 Toyota Tundra, driving at Martinsville Speedway, Rockingham Speedway and Iowa Speedway, as NASCAR relaxed the "Kyle Busch Rule" in that series where the minimum age was reduced from 18 to 16 at ovals shorter than 2,000 meters and road courses. Jones finished second in his third career start in the series at Iowa. In October, Jones added another prestigious late model trophy to his collection, winning the Winchester 400.

On November 8, 2013, Jones became the youngest driver ever to win in the history of NASCAR's top-level competition to that time, winning the Lucas Oil 150 at Phoenix International Raceway over Ross Chastain at the age of 17 years, five months and eight days.

In January 2014 it was announced that Jones would return to KBM in the Truck Series for 2014, competing in all age-eligible events and selected longer track events after he turned 18. On July 11, at Iowa Speedway, Jones dueled Ryan Blaney and ultimately held him off for the win. On September 27, Jones won at Las Vegas Motor Speedway for his first longer track win. On November 7, Jones picked up his 4th career Truck Series win under the red flag at Phoenix, due to a power outage.

On November 6, 2014, it was announced that Jones would run the full 2015 season in the Trucks for KBM, his first age-eligible season racing for a championship, as well as running an increased slate of races for JGR in the Xfinity Series.

Jones picked up his first win of the 2015 season at Iowa Speedway. Jones' second win of 2015 came at Canadian Tire Motorsport Park at the end of August, after which he assumed the points lead for the first time in his career following a wreck by Tyler Reddick in the race. Jones picked up win number three on the season at Texas Motor Speedway extending his point lead over Crafton. Jones battled with defending champion Matt Crafton and Reddick during the course of the 2015 season and beat them to win the Championship.

On June 19, 2014, Joe Gibbs Racing announced that Jones will run three races with the team's #20 in the Nationwide Series after he became age-eligible.

In 2015, Jones ran 25 races in the renamed Xfinity Series, splitting the #20 and #54 Toyotas for JGR. On April 10, 2015, Jones won his first Xfinity Series race at Texas Motor Speedway in the #20. Later in the year, Jones completed a weekend sweep, winning at Iowa in the Truck Series for the first time in 2015 and at Chicagoland in the Xfinity Series in the #54, battling Ryan Blaney for his second career Xfinity Series win.

Jones started racing full-time in the Xfinity Series for JGR in 2016, driving the #20. Jones won his first race of the season at Bristol in April, holding off Kyle Larson and Kyle Busch on a late restart. He also won the $100,000 Dash 4 Cash bonus by being the highest finishing Xfinity Series regular out of the four who qualified through the heat races. Jones won for the second time in 2016 at Dover in May, again winning the $100,000 Dash 4 Cash bonus. Jones then set the fastest time in qualifying for the Hisense 4K TV 300, winning the 9th straight pole for JGR. At Iowa in July, Jones scored his third win of the season, leading the most laps and passing Ty Dillon for the lead with 15 laps to go. Jones won for the fourth time at Chicagoland in September, taking the lead with 10 laps to go. With this win, Jones entered the Chase as the number one seed. Jones advanced through the Chase to the championship round at Homestead, where he would finish 4th in points behind Daniel Suárez, Elliott Sadler, and Justin Allgaier.

Jones made his unofficial Sprint Cup Series debut in substitution for Denny Hamlin.

Jones unofficially debuted in the Sprint Cup Series during the 2015 Food City 500, when he relieved Denny Hamlin in the No. 11 due to Hamlin's neck spasms. After taking over the car, which had been in fifth, he dropped to 37th for the restart, and despite falling to the point where he was two laps down, Jones managed to finish the race in 26th. Since Hamlin started the race, he was credited with the 26th-place finish.

It was then announced that he would drive the No. 18 Toyota Camry for Kyle Busch, who was recovering from a leg injury, at Kansas in the Sprint Cup Series. In his official debut, Jones qualified 12th and ran as high as first before crashing while running fourth. Jones ended up finishing 40th, 25 laps down.

Jones made his first career "triple duty" by running all three national series at the November Texas and Phoenix races. On November 4, he was announced as the driver of JGR's No. 20 car following the suspension of Matt Kenseth because of his incident with Joey Logano at Martinsville race the previous week. Jones finished 12th after blowing a tire late at Texas Motor Speedway. He drove the car again at Phoenix International Raceway to a 19th-place finish.

For 2016, he originally was planned to drive several races with Joe Gibbs Racing's fifth car. However, due to the charter system, which limits an owner to just four cars without any exception for rookie drivers, his Cup plans were put on hold.

On August 7, 2016, it was announced that Jones had signed a deal with Furniture Row Racing to drive in their new No. 77 car sponsored by 5-hour Energy for the 2017 Monster Energy NASCAR Cup season. 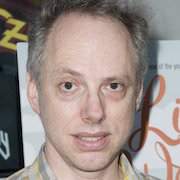