Henry Enrique "Erik" Estrada (born March 16, 1949) is an American actor, voice actor, and police officer. He is known for his co-starring lead role as California Highway Patrol officer Francis (Frank) Llewelyn "Ponch" Poncherello in the police drama television series CHiPs, which ran from 1977 to 1983. He later became known for his work in Spanish-language telenovelas, his appearances in reality television shows and infomercials and as a regular voice on the Adult Swim series Sealab 2021.

Estrada was born on March 16, 1949, in East Harlem, Manhattan, New York, the son of Carmen Moreno, a seamstress, and Renildo Estrada. His parents are of Puerto Rican descent.

In the 1970 film version of The Cross and the Switchblade, Estrada made his film debut in the role of Nicky Cruz alongside Pat Boone, who played the role of David Wilkerson. In 1972, Estrada co-starred with George C. Scott and Stacy Keach as LAPD Officer Sergio Duran in the movie The New Centurions. In 1973, Estrada co-starred in season 5, episode 22, of the CBS TV series Hawaii Five-O: "Engaged to be Buried". In 1974, Estrada took part in the disaster film, Airport 1975, where he played a role as the flight engineer on a Boeing 747. His character was killed in a midair collision. Two years later, he was a player in the military historical epic Midway, as a fictional airman Ens. "Chili Bean" Ramos.

Starting in 1977, Estrada co-starred as Frank "Ponch" Poncharello in the TV series CHiPs. In 1978, he began training in martial arts with SeishinDo Kenpo instructor Frank Argelander (Frank Landers), to prepare for a two-part episode of the series. The two appeared on the cover of Fighting Stars Magazine that same year, discussing Estrada's training regimen. On Monday, August 6, 1979, Estrada was seriously injured while filming a scene on the set of CHiPs, fracturing several ribs and breaking both wrists after he was thrown from his 600-pound (270 kg) motorcycle.

Later in 1979, Estrada was voted one of "The 10 Sexiest Bachelors in the World" by People magazine and was featured on the cover of the November issue. Following a salary dispute with NBC in the fall of 1981, Estrada was briefly replaced by Olympic Gold Medalist and actor Bruce Jenner. CHiPs was eventually canceled in 1983. In the 1980s, Estrada appeared in a string of low-budget films. He made a return to series television in a 1987 three-part episode of the police drama Hunter.

In the 1990s, Estrada played the role of Johnny, a Tijuana trucker, in the Televisa telenovela Dos mujeres, un camino ("Two women, one road"). He shared the main credits with Mexican actresses/singers Laura Leon and Bibi Gaytán. Originally slated for 100 episodes, the show went to 200-plus episodes and became the biggest telenovela in Latin American history. He was reportedly paid 1 million pesos for that role.

In 1994, Estrada began co-hosting the syndicated outdoor adventure show American Adventurer, which ran until 2004. In 1995, he made a special guest appearance as Ponch in punk rock band Bad Religion's music video "Infected", as well as in the video for the Butthole Surfers's video for "Pepper". He has also been seen on a few episodes of Sabrina, The Teenage Witch as himself, seen in a daydream cloud in Hilda's mind and driving a car as Hilda zapped herself in his car.

In 1997, Estrada wrote his autobiography, Erik Estrada: My Road from Harlem to Hollywood. In 1998, he returned as the character Francis "Ponch" Poncherello in the TNT made-for-TV movie CHiPs '99, along with the rest of the original cast.

In 2001, Estrada landed a role on the daytime drama, The Bold and the Beautiful, as Eduardo Dominguez. In 2002, he played a game-show host on the Disney Channel series Lizzie McGuire with Hilary Duff. He also made a guest appearance on an episode of Spy TV in 2002. He has also had a regular role doing voiceovers for the Cartoon Network show Sealab 2021, where he would parody himself. He also appeared in an episode of another Cartoon Network show, Space Ghost: Coast to Coast, which features a character named Moltar who has an obsession with Estrada and CHiPS, as a guest. Estrada has also guest-starred on the children's cartoon Maya and Miguel.

Estrada has appeared in music videos, such as Eminem's music video "Just Lose It". A band named after him (Estradasphere) is based in Santa Cruz, California. Estrada also made guest appearances on The Wayans Bros., Unhappily Ever After, the Nickelodeon comedy Drake & Josh, NBC's Scrubs and My Name is Earl, and ABC's According to Jim.

Estrada began appearing in Burger King TV commercials in September 2009 where he attended a class on endorsing products led by race car driver Tony Stewart. During the spoof, Estrada seeks to understand why American consumers were not interested in purchasing his "Estrada" sunglasses that noticeably had his last name written boldly across the lens.

Estrada has appeared in recent years in a number of reality television shows. In 2004, he starred in both the second season of The Surreal Life and in Discovery Health Body Challenge. He also starred in the short-lived CBS reality show, Armed & Famous. In 2008, Estrada appeared in Husband for Hire, a television movie starring Nadine Velazquez and Mario López. After a series of specials, in 2010, Estrada and Laura McKenzie began co-hosting a weekly series, The World's Funniest Moments, which began as a myNetworkTV series hosted by Arsenio Hall.

Erik Estrada was contestant on the second season of the Spanish Univision reality show Mira Quien Baila, where 10 contestants are chosen to perform different styles of dancing, and each Sunday, one of them is eliminated. In 2013, he starred in Finding Faith, a film about a young teenager who is kidnapped from a meeting planned online. The story of sexual predation is based on true incidents investigated by the Internet Crimes Against Children Task Force. Estrada toured with the film, aiming to educate parents and young people about the dangers of online grooming.

In 2000, Estrada was named the international "Face" of D.A.R.E. which is a campaign against drugs. He also speaks out for the American Heart Association, the United Way, and the C.H.P. 11-99 Foundation, a nonprofit organization that provides benefits and scholarships to California Highway Patrol family members, as well as funeral expenses for fallen officers. Estrada's experience in CHiPs led him to become a reserve officer for the Muncie Police Department in Muncie, Indiana. Estrada became spokesperson for the C.H.P.'s "car seat inspection and installation" program. He has made numerous appearances supporting automobile child-seat safety checks across the country. He appeared in Española, New Mexico, on May 28, 2009, to promote the "100 Days and Nights of Summer" traffic safety and anti-DWI campaign that involves the New Mexico State Police.

Estrada became a reserve police officer for the Muncie (Indiana) Police Department. From there, Estrada moved to Virginia, where he was an I.C.A.C. (Internet Crimes Against Children) investigator for eight years in Bedford County, Virginia. As of July 1, 2016, he was a reserve police officer in St. Anthony, Idaho. In the course of his duties, Estrada has been filmed patrolling on a police motorcycle.

Estrada was married to Joyce Miller in November 1979; the couple divorced in 1980 and had no children. Estrada was married to Peggy Lynn Rowe, an entertainment executive, songwriter, and producer from 1985 until 1990, when they divorced. The couple had two sons, Anthony Erik (born 1986), and pole-vaulter Brandon Michael-paul (born 1987). In 1997, Estrada married film sound technician Nanette Mirkovich. They have one daughter, Francesca Natalia (born 2000), an aspiring actress. He lives in Hollywood Hills, California, U.S.

During an episode of Watch What Happens Live in January 2019 Marie Osmond told host Andy Cohen that she had briefly dated Erik.

Estrada is a member of the Blue Knights motorcycle club. He also rides with the Loyal Order of Moose fraternal and service organization.[[

Estrada was the celebrity guest of the Pekin Marigold Festival in Pekin, Illinois in September 2017.

The contents of this page are sourced from Wikipedia article on 24 Feb 2020. The contents are available under the CC BY-SA 4.0 license.
View Erik Estrada 's image gallery
Image Gallery 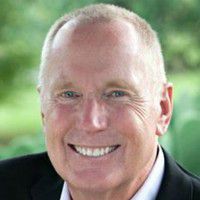 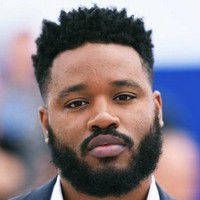