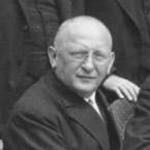 Erich Koch studied law and economics at Lausanne, Bonn, Berlin and at the Ludwig Maximilian University in Munich from 1893 to 1897 where he finished with a Dr.jur.

In 1901, he became Mayor of Delmenhorst, in 1909 Stadtdirektor in Bremerhaven and from 1913 to 1919 was Mayor of Kassel. He belonged to the left wing of the National Liberal Party, was an admirer of Friedrich Naumann and an advocate of abolishing the Prussian Dreiklassenwahlrecht. He also served as a member of the Upper chamber of the Prussian diet.

In November 1918, Koch was a founder-member of the German Democratic Party (DDP). In January 1919, he was elected to the Weimar National Assembly for the DDP and achieved a powerful position within the party's parliamentary group.

When the DDP rejoined the government of Gustav Bauer (SPD) in October 1919, Koch became Minister of the Interior (Reichsinnenminister). He kept that office under Chancellors Hermann Müller (SPD) and Constantin Fehrenbach (Zentrum). Under Müller, Koch was also Vice-Chancellor. He left the government on 4 May 1921 and worked as an attorney in Berlin.

Koch was a member of the Reichstag from 1920 to 1930. In early 1924, Koch was elected as the successor of Carl Wilhelm Petersen as chairman of the DDP. Although a member of the DDP's right wing on many issues, in the fall of 1924, Koch refused to enter into a coalition with the nationalistic DNVP and, after the first government of Chancellor Hans Luther collapsed in 1925, tried to set up a "Grand Coalition" between DDP and SPD (it was rejected by the Social Democrats).

He changed his name to Koch-Weser (after the river Weser) in 1927, to distinguish himself from another member of parliament whose name was also Erich Koch.

In 1928, Koch-Weser became Minister of Justice in the new government of Hermann Müller. He attempted a fundamental reform of criminal law, but as the Zentrum demanded the Justice department, Koch-Weser lost his position in April 1929.

In the summer of 1930, Koch-Weser merged the DDP with Artur Mahraun's Young German Order into the Deutsche Staatspartei, trying to gather what remained of the pro-republican, Protestant middle-class in a single political party. After the poor performance of his new party in the September 1930 election, Koch-Weser resigned from the Reichstag and from the leadership of the party.

Koch-Weser then left politics and worked as a lawyer in Berlin. After the Nazis seized power, they banned him from practicing law in the fall of 1933. He emigrated to Brazil where he bought a large coffee plantation called Fazenda Janeta near Rolândia in the state of Paraná. Koch-Weser died at Fazenda Janeta on 19 (or 20) October 1944.

Erich Koch-Weser was the grandfather of former World Bank executive and German politician Caio Koch-Weser. He became the first ever honorary citizen of Delmenhorst in 1928.