Erich E. Kunhardt Grullon (May 31, 1949 – August 4, 2014) was a Dominican American physicist who was Professor of applied physics at the Polytechnic Institute of New York University and a special advisor to the Institute's President.

Kunhardt was born in Monte Cristi, Dominican Republic, moving to the United States in 1956. Kunhardt held a Ph.D. in Electrophysics from the Polytechnic Institute of New York University and bachelor's and master's degrees from New York University. In 1992, he received an honorary doctorate from the Russian Academy of Sciences, Institute of Electrophysics. He is the recipient of numerous awards, including the Thomas A. Edison Patent Award and the Halliburton Foundation Excellence in Research Award. In October 10, 2006 he was appointed Provost by the Polytechnic Institute. Previously, he had served as the dean of the Arthur E. Imperatore School of Sciences and Arts and the George Meade Bond Professor of Physics at the Stevens Institute of Technology, where he had been a faculty member since 1992, and pioneered the establishment of its Plasma Physics Laboratory. He held the Polytechnic Provost position until March, 2009, when he returned to full-time research and teaching, and assumed the role of "invention, innovation, and entrepreneurship" advisor to the President and the new Provost.

At Stevens, Kunhardt proposed the concept of Technogenesis, which involves students, faculty and industry in the development and commercialization of new technologies. Kunhardt has worked on numerous research and development projects relating to particle and plasma physics. In 1999, Kunhardt helped create the PlasmaSol Corporation, based upon the Atmospheric Pressure Capillary Discharge Plasma technology he developed at Stevens with Dr. Kurt Becker. He was named a finalist by Discover magazine's Innovation Awards (2001) in the Environmental Category for the development of the PlasmaSol technology for environmental remediation. On December 30, 2005, PlasmaSol was acquired by the Stryker Corporation for $17.5 million.

Kunhardt died in New York on August 4, 2014 while he was a Professor in the Department of Applied Physics of NYU Polytechnic School of Engineering. 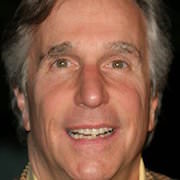 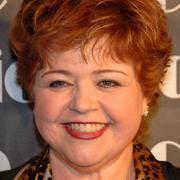