Eric Weber (born 1963) is a populist publisher and far-right politician of Basel, Switzerland.
Weber was a member of the far-right Nationale Aktion (the predecessor of today's Swiss Democrats) and member of the Basel city council from 1984 to 1992 and again from 2012 to 2016. When he was first elected in 1984, he was the youngest person elected to the City Council.
After attempting to participate in elections as a candidate of either the Swiss Democrats or the Swiss People's Party in 2002, Weber formed his own group, called Volksaktion gegen zuviele Ausländer und Asylanten in unserer Heimat ("popular action against too many foreigners and asylum seekers in our homeland"), participating in the 2003 federal elections. In 2006, he ran for a seat in the cantonal executive, reaching 7% of the vote. In the 2011 federal elections, Weber's Volksaktion received 810 votes, or 1.5% of the popular vote in Basel-Stadt. In the 2012 Basel elections, the party received two seats in the Grand Council.
Weber was arrested and convicted multiple times in his life, on issues related to his political activities. 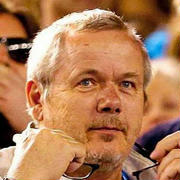