Eric W. Kaler (born September 23, 1956) is the 16th president of the University of Minnesota, succeeding Robert Bruininks on July 1, 2011. President Kaler was inaugurated on September 22, 2011. Before coming to Minnesota, Kaler served since 2007 as provost and senior vice president for academic affairs and vice president for Brookhaven affairs at Stony Brook University, New York. In the latter role he oversaw interactions with Brookhaven National Laboratory, which Stony Brook University co-manages with Battelle Memorial Institute.
According to The Chronicle of Higher Education, Kaler's total compensation in 2012 was $653,235, ranking him 33rd among public university presidents in the United States.

When Eric Kaler took office on July 1, 2011, he became only the second alumnus to rise to the position of University of Minnesota president. In his first year on the job, President Kaler emphasized his commitment to academic excellence and rigor by investing in new faculty positions. He stressed the importance of the University’s groundbreaking research enterprise. He led a campaign to contain costs and operate the U more efficiently and effectively, with the goal of freeing up resources for the University’s core teaching, research, and public engagement and service mission.

He acted on a pledge to keep the University accessible to students of all economic backgrounds by increasing financial aid and limiting the University’s 2012 tuition increase to the smallest this century.

In his second academic year, President Kaler proposed a zero tuition increase for Minnesota resident undergraduates as part of his first biennial budget request to the Minnesota Legislature. He proposed a set of innovative tax and tuition relief initiatives to aid students, their families, and donors, and also proposed performance measures that the U must meet to gain some of its state support. He has proposed an ambitious and directed research initiative called MnDRIVE, which is aligning the University’s research and discovery strengths with the state’s most pressing needs and key industries. That request was expected to be heard by the DFL-party controlled Minnesota Legislature and Governor Mark Dayton during its 2013 session. Kaler’s outreach to the Minnesota business community has earned him and the University recognition by the U.S. Department of Commerce and the White House.

Kaler inherited the role of President of the University of Minnesota from Robert Bruininks in a state of historic state disinvestment and the state legislature cut support to 1998 levels almost on his arrival.

The Minnesota Daily, the University student newspaper, has criticized the University athletic department for deciding to spend $800,000 to reschedule a football game with North Carolina to increase the football team's rankings.

The University of Minnesota was recently profiled in a Wall Street Journal analysis of higher education spending and mismanagement. According to the Journal, the University of Minnesota salary and employment records from 2001 through the spring of 2012 show that the University system added more than 1,000 administrators over that period. Their ranks grew 37%, more than twice as fast as the teaching corps and nearly twice as fast as the student body, the Journal reported.

Growing under previous president Robert Bruininks, the Journal reported that under Kaler the University of Minnesota has the largest share of employees classified as "executive and managerial" among the nation's 72 "very-high-research" public universities in the 2011-12 academic year.

In the wake of the Wall Street Journal story and a commentary in the Washington Post (that was reprinted in the Minneapolis Star Tribune), Kaler wrote a response, detailing many of the accomplishments of the University in reducing administrative spending and holding down tuition.

In it, Kaler wrote: "The articles did not report that, despite stunning state disinvestment, the university is more productive than at any time in recent history."

Kaler’s research interests are in surfactant and colloid science, statistical mechanics, thermodynamics, and materials synthesis. His work has focused on complex fluids, which are characterized by changes of composition or density over length scales comparable to molecular dimensions. Examples are liquid crystals, microemulsions and micelles, some polymeric solutions, vesicles, emulsions, and protein solutions. He has supervised 37 Ph.D. students and numerous postdoctoral researchers, and has served as a consultant to numerous industrial laboratories and legal firms. Kaler is coeditor of the book Giant Micelles and is author or coauthor of more than 200 papers. He holds 10 U.S. patents.

Kaler received one of the first Presidential Young Investigator Awards from the National Science Foundation in 1984 and has received numerous awards for his research, including the American Chemical Society (ACS) Award in Colloid or Surface Chemistry in 1998. He is a Fellow of both the American Association for the Advancement of Science and the ACS. He has served in a variety of positions in several professional societies, including the leadership ladder in the ACS Division of Colloid and Surface Chemistry, of which he was chair in 2006. He was cochair of both the 1997 and 2007 Colloid Symposia, held at the University of Delaware. He has chaired or cochaired three Gordon Research Conferences. Kaler was elected to the U.S. National Academy of Engineering in 2010. 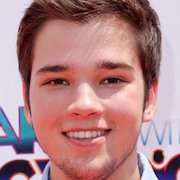 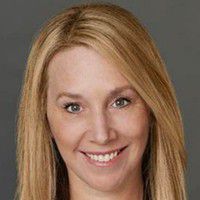