Eric Upton (born April 29, 1953 in Ottawa, Ontario) is a former professional Canadian football offensive lineman with the Canadian Football League's Edmonton Eskimos. He was named a CFL Western All-Star in 1979 and was a part of five Grey Cup championship teams with the Eskimos. Upton played CIAU football at the University of Ottawa, where he was a member of the 1975 Vanier Cup championship team. 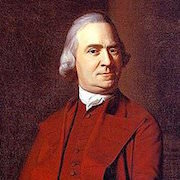