Tsang is a Hakka of Wuhua ancestry. His father, Tsang Kai-wing, served in the Royal Hong Kong Police Force from 1940 to 1972. He fled to Taiwan to escape from the Independent Commission Against Corruption in 1976 after being convicted of corruption and sentenced to three years in jail, while still free pending an appeal. In 2001, the Department of Justice seized his house in La Salle Road and later auctioned it for HK$4.35 million after 10 years of civil proceedings. Tsang Kai-wing died in Taiwan in 2011 with his son Eric and other family members around him.

Due to his popularity, Tsang is often the master of ceremonies (MC) in events organised by the Hong Kong television network TVB, and he was nicknamed "Prize Master" (獎門人）. In his youth, Tsang was a Hong Kong professional soccer player.

Tsang began his showbusiness career as a stuntman. He is known for being a short plump guy with a habit of speaking before thinking, often landing himself into hot water. His insults have led to him being assaulted by rumoured triads over bad mouthing singer Joey Yung. As an MC in the Miss Chinese International Pageant, he often favours contestants in Hong Kong.

Nevertheless, Tsang also appeared in many successful Hong Kong films, gaining actor awards and nominations. Early on in his career, he was typecast as a bumbling, ugly, and crude sidekick, and it was not until encouragement from his daughter to stop doing comedic roles that he went on to star in a film with friend Alan Tam and was awarded a Hong Kong best actor award. Perry Lam, a cinema critic from Muse, wrote that Tsang 'brings directness, straightness and a lack of nonsense to whatever role he plays, and occasionally demonstrates an uncanny ability to enter the egoless states of which only the greatest of character actors like Robert Duvall are capable.'

Tsang is a devout Buddhist, often leading other actors in efforts to raise money for Hong Kong Buddhist temples and events.

Tsang's best friends are Natalis Chan and Alan Tam, who are also famous singers and actors from Hong Kong. Tsang has married three times. His daughter, Bowie Tsang, from his first marriage, is a Mandopop singer, while his son, Derek Tsang, from his second marriage, is an actor and writer. Tsang has been close friends with Tam's family since childhood as their fathers were colleagues in the police force and played football together.

Tsang is a cousin of former Secretary for Commerce and Economic Development Frederick Ma.

Fourth emperor of the Qing Dynasty 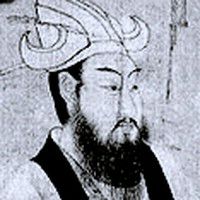