Erich Moritz Warburg (15 April 1900 – 9 July 1990) was a German and American businessman and a member of the prominent Warburg family of German-Jewish bankers.

Warburg was born to a Jewish family in Hamburg, Germany on April 15, 1900 His parents were Alice (née Magnus) and Max Warburg, director of M.M. Warburg & Co. and scion of the Warburg banking family.

Warburg was educated at the Heinrich Hertz-Realgymnasium in Hamburg. In 1918, he served in the German Army. In 1938, he fled Germany for the United States and during World War II, he served as a lieutenant colonel and intelligence officer in the United States Army. As a German language speaker, he interrogated many prominent Nazis including Hermann Goring.

During the war, Warburg facilitated the migration of German scientists and their families to the United States. He was later awarded the Legion of Merit by the United States, the Order of the British Empire by Great Britain, and the Croix de Guerre by France.

Warburg is most known for his efforts to strengthen German-American relations, for which he was awarded the inaugural Eric M. Warburg Prize. 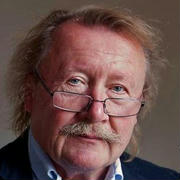 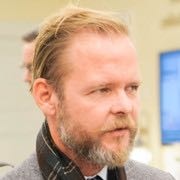