Eric Gagnon, who also goes by the name Easy E (born on 1 August 1971 in Houston, TX) is an American bass player, guitarist, and music producer. He has produced for the Black Lips, among others.

Years before the Atlanta music scene was graced by the likes of such garage rock icons as the Black Lips and Deerhunter, local glam sensations, The El Caminos, were blazing trails all around the south east. In 1999, Gagnon produced The El Caminos album Suns of Evil. By the end of 1999, Gagnon was a full member of the band, both on guitar and as producer.

In the spring of 2000, Gagnon met the Black Lips and was asked by them to produce their first long play album with his mobile studio. Soon after, The Black Lips were signed to BOMP! Records. In 2001, Gagnon packed up his mobile studio and moved The El Caminos into a lake house in Gainesville, GA. Here, Gagnon tracked all 13 songs while playing lead guitar. The El Caminos released Last Band Standing in August, 2001 and embarked on a national tour in support of the new album. In October, the band flew to Los Angeles, CA and made a video with their live performance.

The contents of this page are sourced from Wikipedia article on 30 Jul 2020. The contents are available under the CC BY-SA 4.0 license.
comments so far.
Comments
From our partners
Sponsored
Reference sources
References
http://georgiamusicmag.com/appetite-for-destruction-on-the-road-to-redemption/
http://www.discogs.com/artist/Eric+Gagnon
http://thesilvertongueonline.com/?p=985
//www.google.com/search?&q=%22Eric+Gagnon%22+site:news.google.com/newspapers&source=newspapers
//scholar.google.com/scholar?q=%22Eric+Gagnon%22
https://www.jstor.org/action/doBasicSearch?Query=%22Eric+Gagnon%22&acc=on&wc=on
//edwardbetts.com/find_link?q=Eric_Gagnon 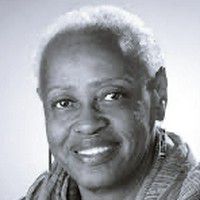 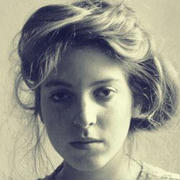