Fischl was born in New York City and grew up on suburban Long Island; his family moved to Phoenix, Arizona, in 1967. His own web site describes him as growing up "against a backdrop of alcoholism and a country club culture obsessed with image over content."

His art education began at Phoenix College, then a year at Arizona State University, then California Institute of the Arts in Valencia, California, where he earned his BFA in 1972. He then moved to Chicago, taking a job as a guard at the Museum of Contemporary Art.

His own website recounts, "It was in Chicago that Fischl was exposed to the non-mainstream art of the Hairy Who. 'The underbelly, carnie world of Ed Paschke and the hilarious sexual vulgarity of Jim Nutt were revelatory experiences for me.'"

In 1974, he took a job teaching painting at Nova Scotia College of Art and Design, where he met painter April Gornik, with whom he moved back to New York City in 1978 and later married.

He is a senior critic at the New York Academy of Art.

In response to 9/11, Fischl debuted his work Tumbling Woman at Rockefeller Center in New York, creating controversy since it reminded the viewers of people falling from the World Trade Center. When asked about the controversy in an interview, Fischl still felt "confused and hurt by [it]. It was an absolutely sincere attempt to put feelings into form and to share them, and it was met with such anger and anxiety in a way that used to be reserved for abstract sculpture, really." Fischl felt people were mourning the building more than the people since there were so few bodies but such a high body count, which he felt was wrong.

In 2002, Fischl collaborated with the Museum Haus Esters in Krefeld, Germany. Haus Esters is a 1928 home, designed by Mies van der Rohe in 1928 to be a private home. It now houses changing exhibitions. Fischl refurnished it as a home (though not particularly in Bauhaus style) and hired models who, for several days, pretended to be a couple who lived there. He took 2,000 photographs, which he reworked digitally and used as the basis for a series of paintings, one of which, the monumental Krefeld Redux, Bedroom #6 (Surviving the Fall Meant Using You for Handholds) (2004) was purchased by Paul Allen featured in the 2006 Double Take Exhibit at Experience Music Project, where it was juxtaposed with a much smaller Degas pastel. This is by no means the first time Fischl has been compared to Degas. Twenty years earlier, reviewing a show of 28 Fischl paintings at New York's Whitney Museum, art critic John Russell wrote in The New York Times, "[Degas] sets up a charged situation with his incomparable subtlety of insight and characterization, and then he goes away and leaves us to figure it out as best we can. That is the tactic of Fischl, too, though the society with which he deals has an unstructured brutality and a violence never far from release that are very different from the nicely calibrated cruelties that Degas recorded."

The latest paintings by Fischl deal with the centuries-old tradition of the bullfight, more precisely with the Corrida goyesca de Ronda, a topic that since its creation in the 18th century has always captivated artists, from Goya to Hemingway and Picasso. The large-sized paintings show the protagonists in the typical light-flooded settings with strong, luminous colours, and contrasts created by the interaction between the harsh Mediterranean light and the deep foreboding shadows.

Fischl's latest project is a traveling gallery of sorts-essentially, a well-organized traveling art circus. As he envisions it, 18 trucks custom-designed to serve as mobile galleries will travel to each location, where they will unfold to reveal 3,300 square feet (310 m2) of exhibition space. Together, the whole caravan will contain over 60 works of visual art, 16 music listening stations, and at least two theater spaces where actors can perform scenes and monologues live.

Fischl worked and resided in New York City, with his studio located in Tribeca. In 2000 he moved to Sag Harbor, Long Island, New York with his wife, landscapist April Gornik, where they share a home and matching studios. 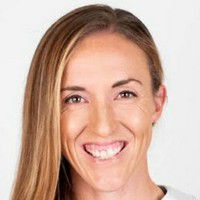