Eric Braeden (born Hans-Jörg Gudegast; April 3, 1941) is a German-American film and television actor, known for his roles as Victor Newman on the soap opera The Young and the Restless, as Hans Dietrich in the 1960s TV series The Rat Patrol, Dr. Charles Forbin in Colossus: The Forbin Project, and as John Jacob Astor IV in the 1997 film Titanic. He won a Daytime Emmy Award in 1998 for Lead Actor in a Drama Series for the role of Victor Newman.

Braeden was born Hans-Jörg Gudegast in Bredenbek, Germany (near Kiel), where his father was once mayor. He emigrated to the USA in 1959. In the United States, Braeden attended the University of Montana, Missoula

Braeden accumulated many TV and film credits during his first two decades in America, and guest starred in 120 roles. His earliest credits were all under his birth name, Hans Gudegast.

During the 1960s he appeared in several episodes of TV's longest-running World War II drama (1962–67) Combat!, always playing a German soldier. In 1965 he appeared in a film called Morituri starring Marlon Brando and Yul Brynner, and guest-starred in The Man From U.N.C.L.E. as T.H.R.U.S.H. agent Mr. Oakes in "The Discotheque Affair"; episode 5, season two.

In 1966 he guest-starred as Luftwaffe Major Bentz in episode 28, "Day of Reckoning", of season two of the TV series Twelve O'Clock High (a series which was very loosely based on the classic 1949 war film with the same name) and also appeared in an episode of the 1966 espionage drama series Blue Light. His main character for the next two years was his regular starring role playing German Hauptmann (Captain) Hans Dietrich on the TV series The Rat Patrol (1966–1968),

He starred in the 1969 western 100 Rifles with Raquel Welch, Burt Reynolds and Jim Brown (noted for the first big screen "interracial love scene between Welch & Brown), once again playing a villainous German military officer opposite Fernando Lamas. This was his last credit under his birth name.

His starring role in the movie Colossus: The Forbin Project (1970), was when he first took the stage name of Eric Braeden. Lew Wasserman of Universal Pictures told him that no one would be allowed to star in an American film if they had a German name. After much thought he took the name Braeden from his hometown of Bredenbek.

Other movie appearances in the 1970s included the role of the primary antagonist, Dr. Otto Hasslein in Escape from the Planet of the Apes (1971), and in Walt Disney's 1977 Herbie Goes to Monte Carlo as the arrogant but formidable race car driver, Bruno von Stickle. Throughout the 1970s, he also guest-starred in a variety of television shows including The Six Million Dollar Man, Wonder Woman, and The Mary Tyler Moore Show, and also appeared in several episodes of the long-running CBS western series Gunsmoke.

In 1980, he was offered the role of self-made business magnate Victor Newman on the daytime soap opera The Young and the Restless for a 26-week run. His character imprisoned his wife's lover, and became so popular the character became a love-to-hate villain, and his contract was renewed. Braeden announced on October 18, 2009 that after almost 30 years on The Young and the Restless, he was leaving the show. "We reached an impasse in the negotiations", Braeden said in an exclusive interview with celebrity news website EW.com. Braeden's last airdate was scheduled to be November 2, 2009; however, on October 23, CBS announced that Braeden had inked a new three-year deal and would remain with the soap, even agreeing to take a pay cut, which was the original issue.

In February 2017, Braeden celebrated his 37th anniversary with the show.

In addition to this long-running character, in 1997 he played Colonel John Jacob Astor IV in the blockbuster film Titanic, cast because he strongly resembled the powerful millionaire. Braeden told Cindy Elavsky that the scene in which his character drowned "was one of the scariest moments in this business for me."

Braeden won a Daytime Emmy for his work in 1998.

In 1958 Braeden, then known as Hans Gudegast, won the German National Team Championship in Track and Field (discus, shot-put and javelin with the Rendsburger TSV). Braeden later went on to win the 1973 National Challenge Cup as a fullback with the Jewish American soccer club Maccabi Los Angeles, scoring the winning goal in the semifinal and a penalty kick in the final against Cleveland Inter. In the 1970s/80s he could often be seen boxing at the Hoover Street and Broadway gyms in L.A. His son, Christian, is a screenwriter who wrote the film A Man Apart, which starred Vin Diesel.

Eric Braeden's autobiography, titled "I'll Be Damned," was published by Harper Collins in 2017. 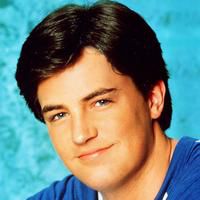 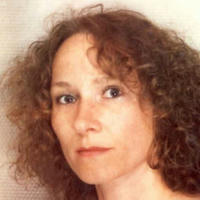 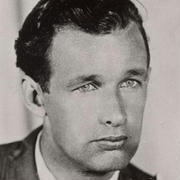