Eric A. Johnson
The basics

Eric A. Johnson (born May 9, 1948) is an American historian, social scientist, and professor of history at Central Michigan University. Dr. Johnson specializes in the history of crime and violence, the Holocaust, and the history of modern Germany.

Johnson was born in Salem, Massachusetts on May 9, 1948. He studied at Brown University and the University of Stockholm. In 1976 he received his doctorate from the University of Pennsylvania. Johnson joined the Central Michigan University in 1976. He has taught an array of courses, primarily focused on modern Europe, giving lectures especially on the history of Europe, Germany, and the Holocaust, and social science methods and approaches to historical study.

Johnson has worked at several universities in Europe and held visiting professorships of varying lengths. In the academic year of 1988-1989 Johnson taught at the University of Strathclyde in Glasgow, Scotland as part of an exchange program. Between 1989 and 1995 he was a visiting professor at the Center for Historical Social Research of the University of Cologne. Whilst there, Johnson was in charge of a small research team working on a study of the terror in Nazi Germany. In the academic year of 1995-1996 Johnson was a fellow of the Princeton Institute for Advanced Studies and in 1998-1999 Johnson was a fellow of the Dutch Institute for Advanced Studies in Wassenaar.

During the early years of his career Johnson focused mainly on the history of crime, urbanization and justice. More recently, he has written about Nazi Germany and the Holocaust. The son of an American physicist who was an Army Air Force pilot and prisoner of war in Stalag Luft I in Hitlerian Germany, Johnson is currently working on a study of downed American and British pilots in World War II-Germany and Austria. Johnson's other large project focuses on genocide, murder and history in world perspective (along with Pieter Spierenburg of Erasmus University Rotterdam). In addition to these two specific research projects, Johnson is writing a personal memoir of Germany in the year of re-unification. 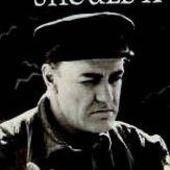