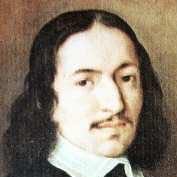 Weigel earned his MA (1650) and his habilitation (1652) from the University of Leipzig. From 1653 until his death he was professor of mathematics at Jena University. He was the teacher of Leibniz in summer 1663, and other notable students. He also worked to make science more widely accessible to the public, and what would today be considered a populariser of science.

He concurred with Jakob Ellrod's "Mittel-Calendar", and with the advocacy of Leibniz and others, that the date of Easter should be based on the astronomical measurement of the spring equinox and the next full moon. He followed Jakob Ellrod to the Imperial Diet in Regensburg to advocate the use of the Mittel-Calendar or New Gregorian calendar.

Weigel was arguably one of the earliest German PhD holders.

Through Leibniz, Weigel is the intellectual forefather of a long tradition of mathematicians and mathematical physicists that connects a great number of professionals to this day (see Academic genealogy of theoretical physicists: Erhard Weigel). The Mathematics Genealogy Project lists more than 50,000 "descendants" of Weigel's, including Lagrange, Euler, Poisson and several Fields Medalists.

The crater Weigel on the Moon is named after him. In 1999 a colloquium was held in Jena on the 300th anniversary of his death.

The contents of this page are sourced from Wikipedia article on 09 Mar 2020. The contents are available under the CC BY-SA 4.0 license.
View Erhard Weigel 's image gallery
Image Gallery