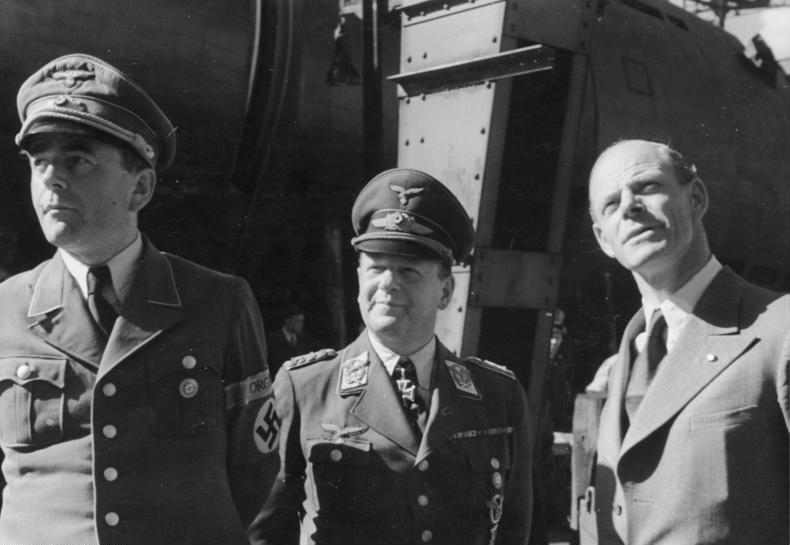 Erhard Milch (30 March, 1892 – 25 January, 1972) was a German field marshal who oversaw the development of the Luftwaffe as part of the re-armament of Nazi Germany following World War I. During World War II, he was in charge of aircraft production; his ineffective management resulted in the decline of the German air force and its loss of air superiority as the war progressed. He was convicted of war crimes during the Milch Trial held before the U.S. military court in 1947.

World War I and inter-war career

Milch was born in Wilhelmshaven, the son of Anton Milch, a Jewish pharmacist who served in the Imperial German Navy, and Clara Milch, née Vetter. The Gestapo investigated Milch multiple times due to his Jewish heritage. Milch enlisted in the German Army in 1910, where he rose to the rank of lieutenant in the artillery. He later transferred to the Luftstreitkräfte (Imperial Air Force) and trained as an aerial observer. In the waning days of the war, although not a pilot, he was appointed to command a fighter wing, Jagdgruppe 6, as a captain.

Milch resigned from the military in 1920 to pursue a career in civil aviation. With squadron colleague Gotthard Sachsenberg, Milch formed a small airline in Danzig under the banner of Lloyd Luftdienst, Norddeutscher Lloyd's union of regional German airlines. The airline linked Danzig to the Baltic States. In 1923, Milch became managing director of its successor company. From there, Milch and Sachsenberg went to work for rival Junkers Luftverkehr, where Milch was appointed managing director in 1925. He later became the first managing director of Deutsche Luft Hansa. Milch joined the Nazi Party (number 123885) on 1 April 1929, but his membership was not officially acknowledged until March 1933, because Hitler deemed it desirable to keep the fact hidden for political reasons.

In 1933, Milch took up a position as State Secretary of the newly formed Reich Ministry of Aviation (RLM), answering directly to Hermann Göring. In this capacity, he was instrumental in establishing the Luftwaffe, the air force of Nazi Germany. Milch was responsible for armament production, though Ernst Udet was soon making many of the decisions concerning contracts for military aircraft. Milch quickly used his position to settle personal scores with other aviation industry personalities, including Hugo Junkers and Willy Messerschmitt. Specifically, Milch banned Messerschmitt from submitting a design in the competition for a new fighter aircraft for the Luftwaffe. Messerschmitt outmanoeuvred Milch, circumventing the ban and successfully submitting a design. The Messerschmitt-designed Bayerische Flugzeugwerke corporate entry, the Bf 109, proved to be the winner. Messerschmitt maintained its leading position within the German aircraft industry until the failure of the Me 210 aircraft. Even after that Milch, as the leader, did not depose him, but put him in an inferior position.

At the outbreak of World War II Milch, now with the rank of general, commanded Luftflotte 5 during the Operation Weserübung in Norway. Following the defeat of France, Milch was promoted to Generalfeldmarschall (field marshal) during the 1940 Field Marshal Ceremony and given the title Air Inspector General. As such, Milch was in charge of aircraft production. The lack of a long-term strategy, and a divisive military command structure, led to many mistakes in the operational and technical ability of the Luftwaffe, and were key to the continued loss of German air superiority as the war progressed.

The frequent, and often conflicting, changes in operational requirements led to numerous changes in aircraft specification and designs so that manufacturers like Messerschmitt were unable to focus outright on a few aircraft types and, most importantly, production output. The Germans failed to put their production on a war footing, continued to run factories only eight hours a day, and failed to include women in the workforce. German World War II aircraft production output did not rise as steeply as Allied output, especially Soviet production, which exceeded Germany's in 1942 and 1943.

On 10 August 1943, Milch finally addressed Germany's lack of a truly "four-engined" heavy bomber to carry out raids against Great Britain. He endorsed Arado Flugzeugwerke to be the subcontractor for the Heinkel He 177B separately engined heavy bomber design. Only three flyable prototypes were completed by early 1944. Since March 1944, Milch, together with Albert Speer, oversaw the activities of the Jägerstab ("Fighter Staff"), a governmental task force whose aim was to increase production of fighter aircraft, in part by moving the production facilities underground. In cooperation with the SS, the task force played a key role in the exploitation of slave labour for the benefit of the German aircraft industry and the Luftwaffe.

In 1944 Milch sided with Joseph Goebbels, the propaganda minister and Heinrich Himmler, the Reichsführer-SS, in attempting to convince Adolf Hitler to remove Göring from command of the Luftwaffe following the failed invasion of the Soviet Union. When Hitler refused, Göring retaliated by forcing Milch out of his position. For the rest of the war, he worked under Albert Speer.

Following Hitler’s suicide, Milch attempted to flee Germany, but was apprehended by Allied forces on the Baltic coast on 4 May 1945. On surrendering, he presented his baton to Brigadier Derek Mills-Roberts, who was so disgusted by what he had seen when liberating the Bergen-Belsen concentration camp that he broke the baton over Milch's head.

Trial and conviction at Nuremberg

In 1947, Milch was tried as a war criminal by a United States Military Tribunal in Nuremberg. He was convicted on two counts:

Milch was sentenced to life imprisonment at Landsberg prison. His sentence was commuted to 15 years imprisonment in 1951, but he was released in June 1954. He lived out the remainder of his life in Düsseldorf, where he died in 1972. 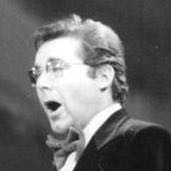 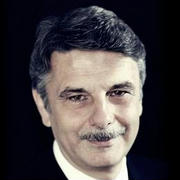