Hübener was born in Tacken (now part of Groß Pankow (Prignitz)), Province of Brandenburg. His father was a Protestant pastor. After attending the school at Pforta, Hübener studied history and political science at Christian Albert's University, Kiel and Frederick William's University, Berlin. He graduated with a doctorate. Hübener and Otti Bornemann married in 1909. He served as an officer in World War I.

In 1924 the Saxon Provinziallandtag (provincial parliament) elected him Landeshauptmann (land-captain), the elected highest ranking representative of provincial self-rule. He distinguished himself as an expert in economics and administration, searching consensus among the representatives of the different parties.

Already in the 1920-s he developed ideas for a reorganisation of the heterogenous German states. So he proposed the creation of an independent state called Saxony-Anhalt, combining Prussian Saxony and the independent Free State of Anhalt. In 1930 the members of the provincial parliament reelected him land-captain for another six years with the votes of the SPD, DDP and DNVP.

The Nazi regime compulsorily pensioned him after their takeover in 1933. Hübener then dedicated his time and effort to scientific and artistic questions, publishing smaller works in these fields under the pseudonym J.S. Erhard.

On 9 July the Soviet SVAG ordered to merge what prior to 1933 had been the land of Anhalt, two Bezirke of Prussian province of Saxony, Halle-Merseburg and Magdeburg, and some Brunswickian eastern exclaves and salients into the Land of Saxony. The third Bezirk of Prussian Saxony, the Erfurt governorate, had become a part of Thuringia. Then the SVAG appointed Hübener as the president of the Province of Saxony, a newly created function based in Halle upon Saale.

In summer 1945 Hübener became one of the co-founders of the Liberal Democratic Party of Germany (LDPD) in Halle upon Saale. He also received a chair at Martin Luther University of Halle-Wittenberg. Although he had signed, as Soviet-appointed official, the Soviet-inspired expropriation ordinance on 3 September 1945, pretendingly aiming at Nazi war criminals and other circles (large real estate holders, often of noble descent) uniformly identified as apt for expropriation, he criticized the abuse of the expropriation ordinance as a free ticket to completely destroy property structures and certainty of law.

On the occasion of the first and one and only election in the Soviet zone, allowing parties to compete for seats in provincial and state parliaments, on 20 October 1946, the Province of Saxony was renamed the Province of Saxony-Anhalt, reflecting the prior merger. On 3 December 1946 the members of the provincial parliament elected Hübener the first minister-president of Saxony-Anhalt with the votes of CDU and LDPD. This made him only governor in the Soviet zone, who was not a member of the communist Socialist Unity Party of Germany (SED). As such, he was an inconvenience for the Soviet occupation authorities.

By threatening the SVAG to resign from office, Hübener enforced the participation of the Soviet zonal governors in the Conference of Governors in Munich on 5 June 1947, which last time convened the elected governors of all states from all four zones of occupation in Germany. Hoping to avoid the eventual establishment of separate German republics – which was underways with the Bizone – he was, however, disappointed by his western colleagues (among them his long-time fellow party member Reinhold Maier, then minister-president of Württemberg-Baden). Most of them were already assured that the constitution of a democratic and autonomous German republic can impossibly include the Soviet zone with their puppet states, whereas the zonal central administrations (Zentralverwaltungen) established in July 1945, staffed with communists and directed by the SVAG, were actually taking the decisions.

While easterners hoped with a quadripartite Allied agreement there would be the chance that the Soviet Union will release its prey, many westerners had already come to another conclusion. However, for westerners the perpetuated stay of their respective occupying power had by no means the same meaning in everyday life than the Soviet occupation in their zone.

Hübener then saw himself fighting a losing battle. In May 1949, speaking on the third term of Deutscher Volkskongress, a quasi parliament deciding the first constitution of the to-be-founded separate East German republic, Hübener appealed as main speaker of LDPD to the delegates: Our future government shall, will and must learn, to stand with a free people on free ground. While West Germany had been founded on 23 May 1949 the foundation of East Germany was planned for 7 October. On 1 October Hübener resigned from office. He was succeeded by Werner Bruschke (SED).

While many of his political friends fled oppression and persecution in the Soviet zone and later East Germany and East Berlin, Hübener stayed. He retired totally from politics and committed himself again to studies in art and history. He wrote his autobiography, later published in West Germany. He died during a stay at the health spa of Bad Salzuflen in West Germany on 3 June 1958. His remains were translated to East German Wernigerode, where he had spent his retirement.

The Free Democratic Party, section Sachsen-Anhalt, established in his honour the Erhard-Hübener-Stiftung, a foundation in Halle upon Saale. In Magdeburg a square was named after him. 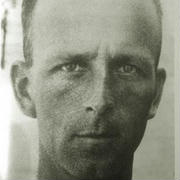