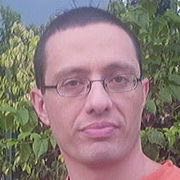 Erez Ben-Tulila was born in Tel Aviv, Israel, to Jewish parents. His father, Aharon Ben-Tulila, immigrated from Algeria, whereas his mother Edna is Israeli-born. His family has Hebraized its surname to "Tal" (dew in Hebrew) when he was four years old.

His first hit program was Ma Yesh? ("What's Up?"), broadcast on Galatz, Israel's IDF Radio, where he started his partnership with Avri Gilad. Tal and Gilad co-hosted TV show Ha'olam Ha'erev (The World Tonight) in the early 1990s, broadcast on the then-experimental Channel 2. When Channel 2 became Israel's first commercial television station, Tal hosted and produced the Israeli edition of Wheel of Fortune, and later devised two different program formats: The Vault that was sold to several foreign TV stations, and The Brain.

In 2008, he hosted the Israeli version of the reality show, Big Brother, named HaAh HaGadol.

Tal also participates in comedy programs: Only in Israel, which he created, opposite Orna Banai, and Night Club with Maya Dagan and others. He introduced several comedians to wider audiences, notably Assi Azar who co-hosted with him the successful reality format HaAch HaGadol; and Guri Alfi who acted in many comedy shows such as Shiduray Ha'mahapecha (The Revolution Broadcast).

Tal was one of the Israeli commentators (alongside Idit Hershkowitz) for the Eurovision Song Contest 2018 grand final, the first time the country provided a TV commentary for Eurovision.

The contents of this page are sourced from Wikipedia article on 09 Mar 2020. The contents are available under the CC BY-SA 4.0 license.
View Erez Tal 's image gallery
Image Gallery 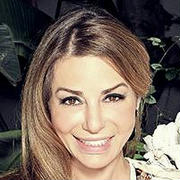