Zonderland was born on 16 April 1986 in Lemmer, Netherlands. He started gymnastics at the age of four. He has two brothers (Herre and Johan) and one sister (Geeske) who are also international gymnasts.

Zonderland studied medicine at the University of Groningen.

Zonderland reached his first international success as a junior in 2004. At the European Junior Championships in Ljubljana he was fourth in the all-around event and he won a silver medal on the horizontal bar. That same year he also became Dutch national all-around champion by taking over the title from his older brother Herre.

In 2005 at the World Championships in Melbourne, Zonderland and Jeffrey Wammes were the first ever Dutch gymnasts in the history of the sport to qualify for the all-around final. Zonderland eventually ended up in the 11th position. In that same year at the European Championships he finished 15th, which was a disappointment considering his World Championship result.

After his success in 2005 he continued in 2006 by reaching the final of the horizontal bar competition during the European Championships in Volos, where he was 6th. At the World Cup meeting in Glasgow on the same discipline he won the silver medal and in Tehran, Zonderland claimed his first World Cup win and the gold medal. That year he also became Dutch national all-around champion for the second time in his career.

At the 2008 Summer Olympics, Zonderland reached the high bar final in which he finished seventh.

At the 2012 Summer Olympics, Zonderland won an Olympic gold medal in the high bar with a personal best score of 16.533. His routine included a triple combo of Cassina-Kovacs-Kolman, then the most difficult release combination. His performance was regarded by many as one of the top performances of the 2012 games. He was the first Dutch gymnast (male or female) to win an individual Olympic medal.

At the 2013 World Championships in Antwerp, Zonderland he became World champion for the first time. He performed a double combo of Cassina and Kovacs, followed by a Kolman and Gaylord 2, and a stuck layout double-double.

In 2014, he again won the European championship title in the high bar at the 2014 championship in Sofia, Bulgaria. He also successfully defended his world title at the 2014 World Gymnastics Championships in Nanning, China. Zonderland at the 2016 Summer Olympics

In April 2015, Zonderland failed to defend the European title after falling off the high bar. In August 2015 he fell in training, which left him with a concussion and an injury to his thumb. The injury curtailed his training times and he failed to make the final to defend his world title at the 2015 World Championship in Glasgow.

In 2016, he sprained his fingers in June and again in training just before the 2016 Summer Olympics. He failed to defend his Olympic title at the Olympics after falling in his high bar routine. 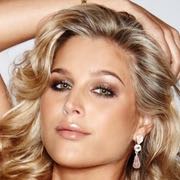 Draughtsman, engraver and print dealer from the Northern Netherlands

Balloonist from the Netherlands