10 foot high statue of Epifanio de los Santos in San Isidro, Nueva Ecija was made in recognition of his contributions to arts, culture and the country’s history.

A Man of Many Talents.

Epifanio de los Santos was born in 1871 in Malabon, Manila (now an independent city) to Escolastico de los Santos of Nueva Ecija and musician Antonina Cristóbal y Tongco. He studied at the Ateneo Municipal de Manila where he obtained a summa cum laude' of Bachelor of Arts degree. He devoted some time for painting but music became part of his daily life and was even awarded a professorship in music. He finished his law studies in University of Santo Tomas and topped the bar exams in 1898. Rafael Palma (1930) noticed that during his college years his collecting instinct was early manifested when he curiously dedicated himself gathering plants and flowers in the Nueva Ecija wherein he also sought the company and even communed with the rural communities. According to Agoncillo, "nobody suspected that he would someday become a literary man". As a young law student, his fascination in the study of Spanish literature was through readings of Juan Valera's novel entitled "Pepita Jimenez" and most of all his available works. Eventually, he formed a delightful and lasting friendship with this author which he met in Spain. His home in Intramuros became the meeting place of literary cliques composed of Cecilio Apóstol (Catulo), Fernando María Guerrero (Fulvio Gil), José Palma, Rafael Palma, Jaime C. de Veyra, Macario Pineda, Mariano V. del Rosario, Salvador V. del Rosario, Ysidro Paredes, Macario Adriatico, Jose Clemente Zulueta and Jose G. Abreu. He made a beautiful oil portrait of Rosa Sevilla and composed a melody dedicated for her.

Epifanio's first wife was Doña Ursula Paez of Malabon; his second was Margarita Torralba of Malolos. Jose, his son to his first wife, became a historian, biographer, and collector. His brother, Escolastico, became a pianist for silent films and has made artistic contributions as a poet and a realist story teller in Philippine magazines and newspapers. Socrates, his son from second wife, became a leading Pentagon aeronautics engineer in his time.

He was a member of "Samahan ng mga Mananagalog" which was initiated by Felipe Calderon in 1904, and it includes active members with the likes of Lope K. Santos, Rosa Sevilla, Hermenigildo Cruz, Jaime C. de Veyra and Patricio Mariano. He was a polyglot, being fluent in Spanish, English, French, German, Ita, Tingian, and Ibalao. He notably translated Florante and Laura classically into sonorous Castilian. As one of the brilliant writers in the Golden Age of Fil-Hispanic literature who had published numerous titles and books, he was an honorary member of the Academia Filipina de la Lengua Española.

As a versatile researcher, he also contributed to early Philippine studies on anthropology, ethnology, archaeology, linguistics and demographics.

Epifanio de los Santos traveled to many places in Europe, Asia, and Americas searching for rare Philippine documents in museums, archives, and libraries. He collected almost 200 paintings and sculpted pieces done by Juan Luna, Felix Resurreccion Hidalgo, Fabián de la Rosa, Arellano, Pablo Amorsolo and Fernando Amorsolo, Nepomuceno, and Guillermo Tolentino, musical literatures, opera records, valuable printed materials, documents and manuscripts on the revolution and historical pictures. According to Zaide, his famous Filipiniana collection was rated by foreign scholars as the best in the world. In Europe, he was recognized as the philologist and writer of biographical matters about the Philippines.

According to Zaide, there are documents and printed matter in his collection that cannot be found elsewhere, not even in the Filipiniana Division of The National Library nor in any library the world over, the Library of Congress of the United States included. The best years of his life were spent in looking for them only to find them after an almost "wild goose chase" of a lifetime. His Rizaliana collections were greatly acknowledged by W. E. Retana, James A. Le-Roy, and Austin Craig.

In all, there are 115 printed matter and 213 documents in the collection dealing with Philippine revolution

After de los Santos's death, the Philippine legislature, by virtue of the Philippine Clarin Act, negotiated with the widow and heirs of the great collector for the purchase of the collection and library. The Philippine government bought the priceless collections for P 19,250.00.

He was appointed district attorney of San Isidro, Nueva Ecija. He was later elected as governor of Nueva Ecija in 1902 and 1904. His election victory made him the first democratically elected provincial governor and head of the Federal Party in Nueva Ecija. A member of the Philippine Commission, he was immediately considered as one of those Filipino intellectuals to represent the Saint Louis World's Fair in 1904. After his term as the governor, he was appointed provincial fiscal of Bulacan and Bataan provinces. He wrote a treatise on electoral fraud "Electoral Fraud and its Remedies" (Fraudes Electorales y Sus Remedios) in 1907 for the Philippine Assembly. On the side, he devoted his spare time to researches in Philippine history and literature. Portions of his collections where destroyed when fires hit his house in San Isidro, Nueva Ecija. According to Agoncillo and Palma, his interest lies not in politics. In 1918, he was appointed by Gov. Gen. Francis Burton Harrison as Assistant Technical Director of the Philippine Census. 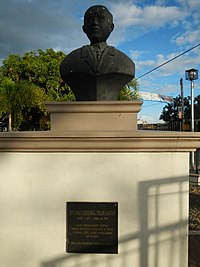 He died in office on April 18, 1928. The Philippine government paid him a tribute to a stately funeral. Local and foreign scholars lamented to a loss to what has been described by them as "Great among the Great Filipino Scholars."

Epifanio de los Santos Avenue (commonly known as EDSA), the main road through Metro Manila, was named after him. Several schools, streets, a college, a hospital, a printing press and an auditorium in National Library of the Philippines was also named in his honor. 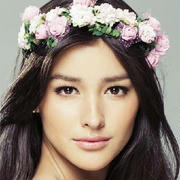 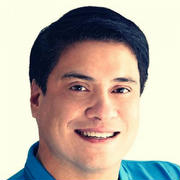 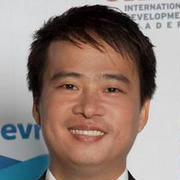 Senator of the Philippines