Glicenstein was born in Turek, Poland in 1870 and named Enoch Hendryk Glicenstein. His father was a teacher who also worked as a monumental mason. He initially showed interest in being a rabbi whilst working in Łódź painting signs and carving wood. After studying in Munich at the Royal Bavarian Academy of Art he married Helena Hirszenberg in 1896. The couple lived in Rome where he adopted the name "Enrico". His son Emanuel was born in Rome, and Glicenstein became an Italian citizen.

In 1906, Glicenstein returned from a trip to Germany and exhibited his paintings there until World War I broke out and he moved his family to Poland. He took over the Chair belonging to Xawery Dunikowski at the University of Warsaw in 1910. At the end of the war the family lived in Switzerland until they emigrated to London in 1920. During the next eight years he exhibited first in London and later in Rome and Venice.

Glicenstein emigrated to America in 1928 with his son Emanuel. His wife and daughter joined him in New York in 1935. Glicenstein wanted to go to Israel but he died in a car accident in 1942. His son became a notable painter and lived in Safed in Israel. Statue of Jeremiah by Enrico Glicenstein on display in Special Collections at Cleveland Public Library.

Glicenstein's works are found in a number of collections including the Musée d'Art Moderne de la Ville de Paris and the Pompidou Centre, the Israel Museum, the Galleria Nazionale d'Arte Moderna in Rome, the Krakow and the Warsaw National Museum, the Brooklyn Museum, the Metropolitan Museum of Art and the United States Holocaust Memorial Museum. Glicenstein has papers in the Smithsonian.

Jean Cassou has published a book on Glicenstein Sculpture. Portraits of Glicenstein and his daughter Beatrice were made by his son Emanuel Glicen Romano. (His son changed his name to avoid being accused of exploiting his father's fame). 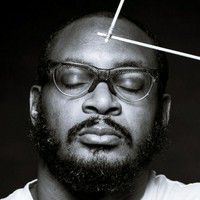