Enrico Brignano (born 18 May 1966) is an Italian actor, playwright, comedian, presenter and writer.

Born in Rome, Brignano graduated in 1990 at the Laboratory of Performing Exercises under Gigi Proietti, who later chose him for several of his play between 1994 and 1997 and as a sidekick in the TV-series Il maresciallo Rocca. After appearing as a comedian in several variety shows, he had his breakout with the role of Giacinto in Un medico in famiglia. Mainly active on stage, he played a number of main roles in TV-series and films, and in 2000 he directed, wrote and starred in the romantic comedy Si fa presto a dire amore. 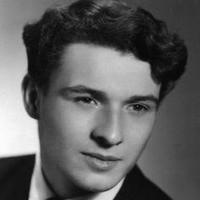