Emre Taşdemir (born 8 August 1995) is a Turkish professional footballer who plays as a left back for Turkish club Bursaspor in the Süper Lig and Turkey national team.

On 3 March 2013, Taşdemir made his league debut with MKE Ankaragücü against Bucaspor. In 2014, he joined Bursaspor. He made his debut for his new club on 29 October 2014 in a cup game against Tepecik B.S..

On 8 June 2015, Taşdemir made his debut with the national team in an international friendly fixture against Bulgaria. He played the full game, which resulted in a 4-0 home win. 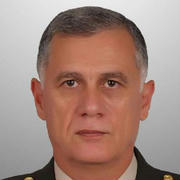