Empress Xiaoyichun was a Han Chinese by birth. Her family name was Wei (魏) and her ancestral home was in Jiangsu. Her personal name is unknown. Her father was Wei Qingtai (魏清泰), who served as an interior guanling (內管領) under the Qing government. Her family name was later changed to the Manchu-sounding Weigiya (魏佳) by Qianlong Emperor, and her family was transferred from a Han Chinese banner to a Manchu banner.

Lady Weigiya died on 28 February 1775 at the age of 47. On 12 March 1775, she was posthumously granted the title "Imperial Noble Consort Lingyi" (令懿皇貴妃), and on 19 November she was interred in the Yuling Mausoleum in the Eastern Qing tombs. On 9 February 1796, the Qianlong Emperor abdicated in favour of his 15th son, Yongyan (Lady Weigiya's son), and became a Retired Emperor or Emperor Emeritus. At the time Qianlong Emperor announced his successor, he posthumously promoted Weigiya to "Empress Xiaoyichun".

Empress Xiaoyichun is portrayed by Zhao Lijuan (Juanzi) in the television dramas My Fair Princess (1998-1999) and by Chen Li in My Fair Princess III (2003), based on a novel series by Taiwanese romance writer Chiung Yao. She is referred to as Consort Ling in the dramas. 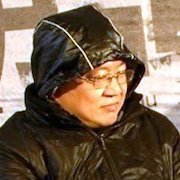 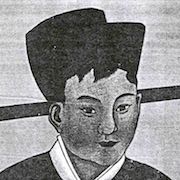 Poet from the Tang Dynasty