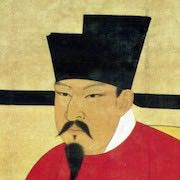 Emperor Shenzong of Song Emperor of the Song Dynasty

Emperor Shenzong of Song (25 May 1048 – 1 April 1085), personal name Zhao Xu, was the sixth emperor of the Song dynasty in China. His original personal name was Zhao Zhongzhen but he changed it to "Zhao Xu" after his coronation. He reigned from 1067 until his death in 1085.

During his reign in 1068, Emperor Shenzong became interested in Wang Anshi's policies and appointed Wang as the Chancellor. Wang implemented his famous New Policies aimed at improving the situation for the peasantry and unemployed, which some have seen as a forerunner of the modern welfare state. These acts became the hallmark reform of Emperor Shenzong's reign.

Emperor Shenzong's other notable act as emperor was his attempt to weaken the Tangut-led Western Xia state by invading and expelling the Western Xia forces from Gansu Province. The Song army was initially quite successful at these campaigns, but during the battle for the city of Yongle, in 1082, Song forces were defeated. As a result, Western Xia grew more powerful and subsequently continued to be a thorn in the side of the Song Empire over the ensuing decades.

During Emperor Shenzong's reign, Sima Guang, a minister interested in the history of the previous 1000 years, wrote a very influential history book, the Zizhi Tongjian or A Comprehensive Mirror for Aid in Government. This book records historical events from the Zhou dynasty to the Song dynasty. Another notable literary achievement which occurred during his reign was the compilation of the Seven Military Classics, including the alleged forgery of the Questions and Replies between Tang Taizong and Li Weigong.

Aside from the ancient Roman embassies to Han and Three-Kingdoms era China, contact with Europe remained sparse if not nonexistent before the 13th century. However, from Chinese records it is known that Michael VII Doukas (Mie li sha ling kai sa 滅力沙靈改撒) of Fo lin (i.e. the Byzantine Empire) dispatched a diplomatic mission to China's Song dynasty that arrived in 1081, during the reign of Emperor Shenzong.

Emperor Shenzong died in 1085 at the age of 36 from an unspecified illness and was succeeded by his son, Zhao Xu who took the throne as Emperor Zhezong. Emperor Zhezong was underage and so Shenzong’s mother Empress Gao ruled as regent until her death.

The contents of this page are sourced from Wikipedia article on 06 Mar 2020. The contents are available under the CC BY-SA 4.0 license.
View Emperor Shenzong of Song 's image gallery
Image Gallery 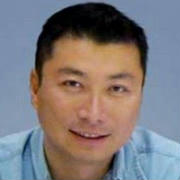