Emomali Rahmon (Tajik: Эмомалӣ Раҳмон, Emomalî Rahmon/Emomalī Rahmon; born 5 October 1952) is a Tajikistani politician who has served as President of Tajikistan (or its equivalent post) since 1992.

During the early years of his presidency, Rahmon faced a civil war in which up to 100,000 people died. In 2013, he was elected to a fourth term in office.

Rahmon was born as Emomali Sharipovich Rakhmonov (Russian: Эмомали́ Шари́пович Рахмо́нов, Emomali Šaripovič Rahmonov) to a peasant family in Danghara, Kulob Oblast (present-day Khatlon province). From 1971 to 1974 he served in the Soviet Union's Pacific Fleet. After completing the military service, Rahmon returned to his native village where he worked for some time as an electrician.

As an apparatchik rising through the nomenklatura, his original power base was as chairman of the collective state farm of his native Danghara. According to his official biography, Rahmon graduated from the Tajik State National University with a specialist's degree in Economics in 1982. After working for several years in the trade union of the Lenin Sovkhoz in Danghara, Rahmon was appointed chairman of the sovkhoz in 1987.

During the civil war that lasted from 1992–97, Rahmon's rule was opposed by the United Tajik Opposition. As many as 100,000 people died during the war. He survived an assassination attempt on 30 April 1997 in Khujand, as well as two attempted coups in August 1997 and in November 1998.

In December 2015, a law passed by Tajikistan's parliament gave Emomali Rahmon the title "Founder of Peace and National Unity, Leader of the Nation" (Tajik: Асосгузори сулҳу ваҳдати миллӣ – Пешвои миллат, Asosguzori sulhu vahdati millî – Peşvo‘i millat; Russian: Основатель мира и национального единства – Лидер нации, Osnovatelj mira i nacionaljnogo jedinstva – Lider necí). A shorter version of the title, "Leader of the Nation," is used frequently. In addition to granting Rahmon a lifelong immunity from prosecution, the law also gave him a number of other lifelong privileges including veto powers over all major state decisions, the freedom to address the nation and parliament on all matters he deems important, and the privilege of attending all government meetings and parliament sessions.

On 22 May 2016, a nationwide referendum approved a number of changes to the country's constitution. One of the main changes lifted the limit on presidential terms, effectively allowing Rahmon to stay in power for as many terms as he wishes. Other key changes outlawed faith-based political parties, thus finalizing the removal of the outlawed Islamic Revival Party from Tajikistan's politics, and reduced the minimum eligibility age for presidential candidates from 35 to 30, effectively enabling Rahmon's older son, Rustam Emomali, to run for president any time after 2017. In January 2017, Rustam Emomali was appointed Mayor of Dushanbe, a key position, which is seen by some analysts as the next step to the top of the government.

In March 2007, Rahmonov changed his surname to Rahmon, getting rid of the Russian-style "-ov" ending. He also removed the patronymic, Sharipovich, from his name altogether. Rahmon explained that he had done so out of respect for his cultural heritage. Following the move, scores of governments officials, members of parliament, and civil servants around the country removed Russian-style patronymics and "-ov" endings from their surnames. In April 2016, Tajikistan officially banned the giving of Russian-style patronymics and surnames to newborn children, but de facto it is still widespread.

Rahmon is a Sunni Muslim and he has frequently stressed his Muslim background even though his administration is engaged in a relentless campaign against public displays of Islamic devotion. In January 2016, Rahmon performed an Umrah with a number of his children and senior members of his government. That was Rahmon's fourth pilgrimage to Mecca.

His reply to critics of the election standards of the 2006 Tajikistani presidential elections was:

During a 2010 Organisation of the Islamic Conference session hosted in Dushanbe, Rahmon spoke against what he deemed was the misuse of Islam toward political ends, claiming that "Terrorism, terrorists, have no nation, no country, no religion ... [U]sing the name 'Islamic terrorism' only discredits Islam and dishonors the pure and harmless religion of Islam."

He is married to Azizmo Asadullayeva and has nine children: seven daughters and two sons. Two of his children, Rustam Emomali and Ozoda Rahmon, are senior officials in his administration. 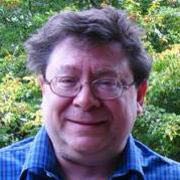 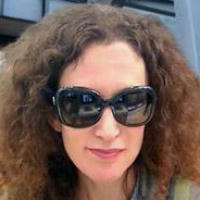