Emmerich Joseph von Breidbach zu Bürresheim (12 November 1707 – 11 June 1774) was the Archbishop-Elector of Mainz from 1763 to 1774 and Prince-Bishop of Worms from 1768 to 1774, in which capacities he was notable for introducing reforms inspired by the Enlightenment.

Emmerich Joseph von Breidbach zu Bürresheim was ordained as a priest in Mainz on October 5, 1758, becoming the dean of Mainz Cathedral. Following the death of Johann Friedrich Karl von Ostein on June 4, 1763, the cathedral chapter of Mainz Cathedral elected Emmerich Joseph von Breidbach zu Bürresheim as Archbishop of Mainz on July 5, 1763. Pope Clement XIII confirmed his appointment on October 22, 1763. He was subsequently consecrated as a bishop by Christoph Nebel, Auxiliary Bishop of Mainz, on November 13, 1763. The cathedral chapter of Worms Cathedral elected him Bishop of Worms on March 1, 1768, with Clement XIII confirming this appointment on May 16, 1768.

Emmerich Joseph von Breidbach zu Bürresheim introduced several reforms during his time as Archbishop of Mainz. The number of holidays was reduced. Schools and monasteries in the archbishopric were modernized to reflect the latest in Enlightenment thinking. Education was removed from the care of the church, and an independent teacher's academy opened on May 1, 1771. In 1773, Pope Clement XIV issued the papal brief Dominus ac Redemptor, resulting in the Suppression of the Society of Jesus and as a result, the Society of Jesus, which had run Mainz's system of higher education, was expelled from the Archbishopric of Mainz. 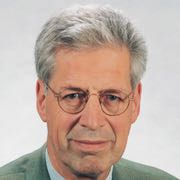