Emma Leth, since her wedding named Rosenzweig, (born July 26, 1990) is a Danish actress and model. She is the grand daughter of the Danish journalist and poet, Jørgen Leth, and sister of Aksel Leth.

She has appeared in several Danish movies and TV-series since she was a child, such as Supervoksen (2006), Tempelriddernes Skat III (2008), Rejseholdet (2001) and more recently Sandheden om mænd (2010). Besides Emma's movie- and TV-series career, she also works as a model and has among others worked with Balenciaga for several years. She has also worked with brands such as GANNI, ZARA and Sophie Bille Brahe.

Privately she is married to Danish artist Tal R, whom she met in 2015 and married in 2018. They have a son, named Abel, who Emma gave birth to in 2016 and they all live together in Copenhagen, Denmark.

The contents of this page are sourced from Wikipedia article on 24 Jun 2020. The contents are available under the CC BY-SA 4.0 license.
comments so far.
Comments
From our partners
Sponsored
Reference sources
References
https://www.imdb.com/name/nm2074375/
https://web.archive.org/web/20170715154432/http://www.unique.dk/female/models/emma-leth
//www.facebook.com/emmalethnok
https://twitter.com/emmanokleth
https://www.youtube.com/watch?v=Lfl4A-qsMsA
https://www.youtube.com/watch?v=PnhhHUkRpOM
Trending today in 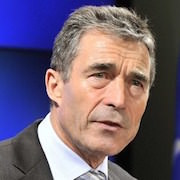 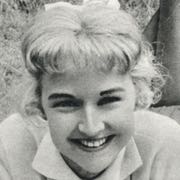