Emma Hohmann was born in Rastenburg, a small garrison town then in East Prussia. Her father was a railway official. Her school career included a stint at the agricultural academy in the nearby town of Prussian Holland. She then trained for employment as a cook: for several years she worked as a cook on large farming estates in East and West Prussia.

At the beginning of the twentieth century she was living in the southern part of the country, in Meiningen, where she married the tailor Eduard Döll (1873–1947). In 1906 the couple moved north, settling in Danzig. Here she became a member of the Social Democratic Party ("Sozialdemokratische Partei Deutschlands" / SPD). The issue of support for funding the war was contentious within the party from 1914, and in 1917 the SPD split apart over the issue. In 1918 or 1919 Emma Döll switched to the breakaway group, launched the previous year as the Independent Social Democratic Party of Germany ("Unabhängige Sozialdemokratische Partei Deutschlands"/ USPD).

After the war ended Danzig, for reasons of geography and history, was given a barely fathomable quasi-autonomous status by the victorious powers as a so-called Free City. The arrangement was presented as a compromise between the wishes of the German speaking majority who wished for their city and the surrounding region to remain part of Germany and the Polish speaking minority who wished for it to become part of the newly recreated Polish state: the compromise satisfied neither community, which opened the way for a fractious couple of decades in local politics. In May 1920 Emma Döll was elected as a USPD member of the constitutional assembly mandated to come up with a constitution for the newly redefined territory. Later, in December 1920 the constitutional assembly became the free city's 120 seat legislative assembly (Volkstag). Around this time it was the USPD that split. Döll was part of the leftwing majority that now joined the newly formed Communist Party of Germany. At the Volkstag election in November 1923 the Communist Party vote share of just over 9% was well down on the 17.5% achieved by the USPD in the elections for the constitutional Assembly back in May 1920, but in 1923 the Communists nevertheless received sufficient votes to give them 11 seats in the assembly, and one of these went to Emma Döll. She served the full term, till November 1927, after which she was no longer a member.

The contents of this page are sourced from Wikipedia article on 24 Jun 2020. The contents are available under the CC BY-SA 4.0 license.
comments so far.
Comments
Reference sources
References
http://zhsf.gesis.org/ParlamentarierPortal/biosop_db/biosop_db.php?id=40395
http://www.bundesstiftung-aufarbeitung.de/wer-war-wer-in-der-ddr-%2363;-1424.html?ID=4191
//edwardbetts.com/find_link?q=Emma_D%C3%B6ll
Trending today in 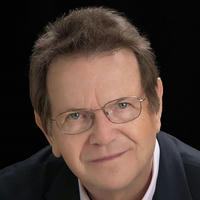