Emin Araz oglu Agalarov (Azerbaijani: Emin Araz oğlu Ağalarov; 12 December 1979), simply known under the stage name Emin, is an Azerbaijani singer-songwriter and businessman. He writes and performs songs in English and Russian and is well known in Azerbaijan, Russia and Europe.

Emin Arasovich Agalarov was born 12 December 1979, in Baku, Azerbaijan. He and his parents moved to Moscow when Emin was four years old. After finishing high school in New Jersey, Emin enrolled in Marymount Manhattan College in New York. He graduated at the top of his class, delivering a thesis on "Business Management in the Field of Finance."

Agalarov's interest in music began in high school whilst in the United States. After graduating from high school, he returned to Russia, where he continued to write songs. In 2005 he began working with his vocal and music teacher, the Azerbaijani singer Muslim Magomayev, to whom he pays tribute in his concerts.

In 2006 Emin gained attention for his debut studio album Still which in the first six months sold 70,000 copies in Russia and an additional 30,000 copies in CIS countries.

He then released an album per year: Incredible in 2007, Obsession (a set of classic Frank Sinatra and Elvis Presley songs) in 2008; and in 2009, Devotion. Each of these albums was supported by concerts in Moscow and Baku.

In 2010 he relocated to London, to work with producer Brian Rawling and to focus on the UK music market. Emin's album Wonder was released in Russia and CIS in November 2010 and in the UK on 21 March 2011. The song "Heart Keeps Beating" was the first single in Russia from his second album After the Thunder and received good radio airplay on Russian Radio in 2012.

Emin's first single from his 2012 album After The Thunder was the song "Baby Get Higher" written by David Sneddon, Graham Stack, Mark Read and was added to the BBC Radio 2 A-List in April 2012.

On 26 May 2012, Emin was the local interval act during intermission on the Eurovision Song Contest that was held in his home country in Baku, Azerbaijan. During the break, Emin performed "Never Enough", a track taken from the album After the Thunder.

On 9 November Emin performed at Miss Universe 2013 held in Moscow, Russia in the evening gown competition section. He also made a special guest appearance with Jennifer Lopez at the opening of the FIFA Women's World Cup in September 2014.

Agalarov performed "In Another Life" in a music video about Donald Trump and Miss Universe 2013 contestants.

In May of 2014, Emin won the 2014 World Music Awards as the best-selling Artist from Azerbaijan.

Emin Agalarov is the son of Aras Agalarov, a Russian billionaire, and was married to Leyla Aliyeva, the daughter of the President of Azerbaijan Ilham Aliyev. The couple has twin sons, Ali and Mikail, who were born in 2008. They divorced in May 2015.

Painter and insurgent from Poland 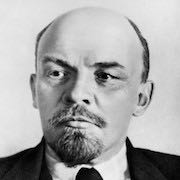