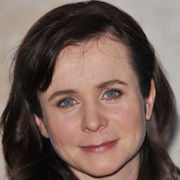 Emily Margaret Watson OBE (born 14 January 1967) is an English actress. She began her career on stage and joined the Royal Shakespeare Company in 1992. In 2002, she starred in productions of Twelfth Night and Uncle Vanya at the Donmar Warehouse, and was nominated for the 2003 Olivier Award for Best Actress for the latter. Her other films include The Boxer (1997), Angela's Ashes (1999), Gosford Park (2001), Punch-Drunk Love (2002), Red Dragon (2002), The Life and Death of Peter Sellers (2004), Corpse Bride (2005), Miss Potter (2006), Synecdoche, New York (2008), Oranges and Sunshine (2010), War Horse (2011), The Theory of Everything (2014) and Kingsman: The Golden Circle (2017). For her role in the HBO miniseries Chernobyl, she was nominated for a Primetime Emmy Award and a Golden Globe Award.She was nominated for the Academy Award for Best Actress for her debut film role as Bess McNeil in Lars von Trier's Breaking the Waves (1996) and for her role as Jacqueline du Pré in Hilary and Jackie (1998), winning the BIFA Award for Best Actress for the latter. She won the BAFTA TV Award for Best Actress for playing Janet Leach in the 2011 ITV television biopic Appropriate Adult.

Watson was born in London. Her father, Richard Watson, was an architect, and her mother, Katharine (née Venables), was an English teacher at St David's Girls' School, West London. She was brought up as an Anglican. She has described her childhood-self as 'a nice middle-class English girl ... I'd love to say I was a rebellious teenager, but I wasn't.'

Watson was educated at St James Independent Schools in west London, which she has described as 'progressive'. She attended the University of Bristol, where she obtained a BA (1988, English). She later received an MA (2003, honorary) from Bristol University.

Watson's career began on the stage. Her theatre credits include The Children's Hour (at the Royal National Theatre), Three Sisters, Much Ado About Nothing and The Lady from the Sea. Watson has also worked with the Royal Shakespeare Company in A Jovial Crew, The Taming of the Shrew, All's Well That Ends Well and The Changeling. In 2002, she took time off from cinema to play two roles in Sam Mendes' repertory productions of Uncle Vanya and Twelfth Night, first at Mendes' Donmar Warehouse in London and later at the Brooklyn Academy of Music. Her performance was widely acclaimed on both sides of the Atlantic and she was nominated for an Olivier Award nomination for Uncle Vanya.

Watson was virtually unknown until director Lars von Trier chose her to star in Breaking the Waves (1996) after Helena Bonham Carter dropped out. Watson's performance as Bess McNeill won her the Los Angeles, London and New York Critics' Circle Awards, the US National Society of Film Critics' Award for Best Actress, and an Oscar nomination.

Watson came to public notice again in another controversial role, that of cellist Jacqueline du Pré in Hilary and Jackie, for which she learned to play the cello in three months, and received another Oscar nomination. She also played a leading role in Cradle Will Rock, a story of a theatre show in the 1930s, directed by Tim Robbins. Though she won the title role of Frank McCourt's mother in the adaptation of his acclaimed memoir, Angela's Ashes, the film underperformed. In 2001, she appeared with John Turturro in The Luzhin Defence and in Robert Altman's ensemble piece Gosford Park.

The following year, she starred as Reba McClane in the adaptation of Thomas Harris's The Silence of the Lambs prequel, Red Dragon, as the romantic interest of Adam Sandler in Paul Thomas Anderson's Punch-Drunk Love and in the sci-fi action thriller Equilibrium with Christian Bale.

In 2006, Watson took a supporting role in Miss Potter, a biographical drama about children's author Beatrix Potter, from Babe director Chris Noonan, with Ewan McGregor and Renée Zellweger; and also in an adaptation of Thea Beckman's children's novel Crusade in Jeans. In 2007, she appeared in The Water Horse: Legend of the Deep, an adaptation of the Dick King-Smith children's novel about the origin of the Loch Ness Monster.

In 2008, Watson starred with Julia Roberts and Carrie-Anne Moss in Fireflies in the Garden, the Lifetime Television movie The Memory Keeper's Daughter (based on the novel with the same name), and in screenwriter Charlie Kaufman's directorial debut, Synecdoche, New York. In 2009 she appeared in the film Cold Souls, from first-time director Sophie Barthes, and Within the Whirlwind, a biographical film of Russian poet and Gulag survivor Evgenia Ginzburg from The Luzhin Defence director Marleen Gorris. Watson considers Ginzburg her best recent role; however, the film was not picked up for distribution.

In 2010, she starred in Oranges and Sunshine, a film recounting the true story of children sent into abusive care homes in Australia, directed by Jim Loach, and also the following year (2011) in War Horse, an adaptation of Michael Morpurgo's prizewinning novel, directed by Steven Spielberg. In 2011, she played Janet Leach in the ITV two-part film Appropriate Adult, about serial killer Fred West, for which she won a BAFTA.

In 2014, Watson had supporting roles in The Book Thief, alongside Geoffrey Rush and Sophie Nélisse, and the Oscar-nominated film The Theory of Everything, portraying Jane Wilde, Hawking's mother in law, alongside Eddie Redmayne and Felicity Jones. In 2015, she had supporting roles in Testament of Youth, alongside Alicia Vikander and Kit Harington, Eduardo Verástegui's Little Boy and A Royal Night Out, in which she portrayed Queen Elizabeth The Queen Mother. She also received rave reviews for her portrayal of Julie Nicholson in the BBC Drama A Song for Jenny, with experts tipping her to win the British Academy Television Award for Best Actress.

In 2019 she appeared as a nuclear scientist — a composite of several real scientists — in the miniseries Chernobyl.

Watson was appointed Officer of the Order of the British Empire (OBE) in the 2015 New Year Honours for services to drama. In 2017, she starred in the BBC mini-series Apple Tree Yard.

In 2007, Mood Indigo, a script written by Watson and her husband, was optioned by Capitol Films. The film is a love story set during the Second World War and concerns a young woman who falls in love with a pilot.

Director Jean-Pierre Jeunet wrote the character Amélie for Watson to play (Amélie was originally named Emily) but she eventually turned the role down due to difficulties speaking French and a desire not to be away from home. The role made a star of Audrey Tautou. She was also the first choice to play Elizabeth I in Shekhar Kapur's film Elizabeth, the role that won Cate Blanchett an Academy Award nomination.

She is frequently confused with Emma Watson, the actress who plays Hermione Granger in the Harry Potter film series due to closeness in name. She has stated that she does not correct anyone who makes that mistake, as she is "quite flattered that people think I'm 21".

Watson is a supporter of the children's charity the NSPCC. In 2004, she was inducted into the society's hall of fame for spearheading the successful campaign to appoint a Children's Commissioner for England. Receiving her award in the crowded House of Commons, she spoke out against the possibility that the Children's Commissioner become a figurehead with little real power. She is also one of the patrons of the London children's charity Scene & Heard. In April 2018, Watson presented Maternity Worldwide as her chosen charity on the BBC Radio 4 Appeal.

Watson married Jack Waters, whom she had met at the Royal Shakespeare Company in 1995. Their daughter, Juliet, was born in 2005, and their son Dylan in 2009. They live in Greenwich, London. Her mother fell ill with encephalitis shortly before filming commenced on Oranges and Sunshine. Watson returned to London but arrived just after her death.

The contents of this page are sourced from Wikipedia article on 18 Mar 2020. The contents are available under the CC BY-SA 4.0 license.
View Emily Watson 's image gallery
Image Gallery 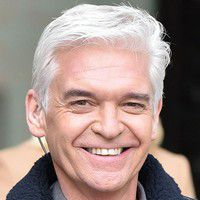