Emily Tapp (born 10 June 1991) is an Australian wheelchair Paralympic athlete and triathlete. She was selected to represent Australia at the 2016 Rio Paralympics in athletics but was forced to withdraw before the Games due to a burns injury.

Tapp on 8 January 2011 had a campdrafting fall that left her a paraplegic. The accident resulted in Tapp spending eight months in hospital and three years of rehabilitation. Tapp grew up on a remote cattle property in the Northern Territory. She was a boarder at Fairholme College in Toowoomba, Queensland and graduated at the end of 2010. In 2015, she was undertaking a Bachelor of International Business and Finance at University of Southern Queensland.

In 2015, she won her first paratriathlon by winning the PT1 class at the OTU Oceania Paratriathlon Championships at Penrith, New South Wales.

Tapp was disappointed that the Women's PT1 event was not on the 2016 Rio Paralympics paratriathlon program.

She was selected for the 2016 Rio Paralympics in athletics but she suffered a burn on her leg three weeks before she left for a training camp in Florida. The skin graft did not heal in time. 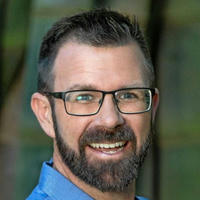