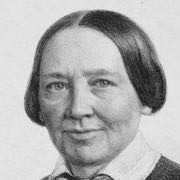 She was born and lived her whole life in Stuttgart. One of seven children, she was born to Luise Andreä Zumsteeg (1760-1837) and composer Johann Rudolf Zumsteeg (1760-1802). Her father, who was one of the most successful composers of the day, died when Emilie was just six years old. While her father was now no longer in her life, her mother ran a music store which maintained Emilie's musical interest.

As a child she studied the piano with Schlick and theory with Wilhelm Sutor. She showed a facility at sight-reading and while gifted with a fine alto voice, she soon began singing and performing on the piano at the Stuttgart Museumskonzerte. As an adult she cultivated a circle of talented musicians, and leading poets. The literary ties reflected her interest in the Lied, which formed the basis of her creative reputation.

Her compositions include about sixty songs, an overture, piano compositions, and three polonaises. She wrote several piano works, such as the early Trois polonaises published in 1821 and favorably reviewed in the Allgemeine musikalische Zeitung; and sacred choral music. She was perhaps best known for her songs, which became popular in her homeland and beyond. One song in particular was later used by the Russian Baptist leader Ivan Prokhanov, and became widely known as the "Prisoners' Song".

In 1830, Zumsteeg founded the first female choir in the region of Württemberg (which includes Stuttgart). As a teacher of voice and piano, Emilie earned her livelihood through music lessons and also as a leading member of the Verein für Klassische Kirchenmusik. Later in 1842, she gained national press coverage for her composition, the Op. 6 Lieder, which received a brief but laudatory notice in the Allgemeine musikalische Zeitung

Zumsteeg's work was considered very innovative and creative for her time. The quality of her voice was reflected in the adventurousness of her compositions, sometimes requiring a larger vocal range than usual. An earlier collection of her work, Sechs Lieder op. 4, includes mainly simple, strophic songs, but occasionally reveals an Italianate flair, as in the second song, Morgenständchen. Zumsteeg's originality further surfaces in Neun Lieder for example, the hint of fantasy in Ich denke Dein and the chamber-like setting of Des Freundes Wunsch. Two of her lieder appear in the series Frauen komponieren

Her work has since been closely examined, praised for its creative liberties, and has been considered as possible influence for other leading composers such as Franz Schubert. "Her "Sehnsucht der Liebe," op. 6 no. 4 for mezzo-soprano or contralto is considered a lovely song within modest boundaries well worthy of revival. The song is split into adagio first half and allegro vivace second half, demonstrating the coexistence of nocturnal peace and wakeful human passion. "The music she devised for this strophic song was clearly conceived with the first two verses in mind, as the details of word-painting and melodic design correspond exactly to those words and less aptly to the succeeding stanza." In the refrain she used "heartbeat" chordal figuration, and the simplicity is known to be particularly effective in the two-against-three rhythmic patterns of the preceding phrase."

A full version of her composition must await further research into her life and the republication of more of her music.

http://www.oxfordmusiconline.com/subscriber/article/grove/music/47795? The Cambridge Companion to the Singer-Songwriter Book Schubert’s Poets and the Making of Lieder Book