Emiliano Daniel Armenteros (born 18 January 1986) is an Argentine professional footballer who plays as a left midfielder.

Born in Monte Grande, Buenos Aires, Armenteros started playing professionally for Club Atlético Banfield, making his Primera División debut at only 17. In 2005, he was sold to Club Atlético Independiente for roughly US$1 million.

During his two-season spell with Los Diablos Rojos, Armenteros was an undisputed starter in spite of his young age.

In 2007, Armenteros joined Sevilla FC on loan, with the La Liga club having an option to buy for €2 million at the end of the season. He began his career at the Ramón Sánchez Pizjuán Stadium almost exclusively with the reserves, newly promoted to the Segunda División, only missing two league games in 42 in his first year and scoring seven goals as the team retained their divisional status.

Armenteros made his Spanish top flight debut on 19 October 2008, playing 15 minutes in a 1–0 away win against UD Almería. He collected a further three substitute appearances over the course of the campaign, netting in a 2–0 success at CD Numancia.

On 4 August 2009, Armenteros moved to neighbouring Xerez CD on loan. On 4 October, he scored the club's first-ever top division goal in a 1–1 home draw against Málaga CF, and welcomed his first child, Sofía, on the 27th; eventually, the team were relegated back.

On 15 July 2010, still on loan, Armenteros signed with second division club Rayo Vallecano. He netted a career-best 20 goals – including a hat-trick on 20 November 2010 in a 3–1 home win against SD Ponferradina– as the Madrid outskirts team returned to the top level after eight years.

On 6 July 2012, Armenteros joined CA Osasuna on a two-year contract. He scored three times in his first season, helping to a 16th-place finish in the top tier.

Starting in 2014–15, Armenteros spent three-and-a-half seasons in the Liga MX with Chiapas F.C. and Santos Laguna. In the last days of the 2018 January transfer window, the 32-year-old returned to Spain and Rayo in a five-month deal.

Armenteros was part of the Argentina under-20 squad that won the 2005 FIFA World Youth Championship held in the Netherlands, appearing in five out of seven matches. 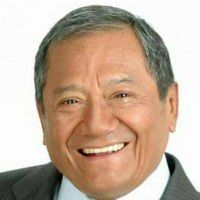 Musician and composer from Mexico 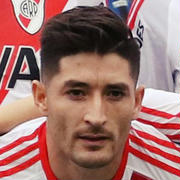