Emil Sommerstein (July 6, 1883 in the village of Hleszczawa near Lwow – May 26, 1957 in Middletown, United States) was a Polish-Jewish lawyer, philosopher, activist and politician.
Sommerstein spent most of his life in Lwow, where in the interbellum period he was director of the Lawyers Office. Between 1922 and 1939, he was a deputy to the Polish Parliament (with a break from 1927 to 1929), where he was a member of several commissions. He also published articles in several Polish and Jewish newspapers and magazines, such as Chwila, Glos Prawa and Gazeta Bankowa. Among others, he founded first organization of Jewish farmers - Lesser Poland’s Union of Farmers, and in 1933, he co-created United Antihitlerite Committee in Warsaw. When Lwow was annexed by the Soviet Union, Sommerstein organized the Committee of Helping Jewish Refugees from Germany. Arrested by the NKVD, he was sent to a gulag, and later released. After the war, he was a member of the communist-sponsored government Polish Committee of National Liberation. In 1946 Sommerstein left Poland for USA, where he died. 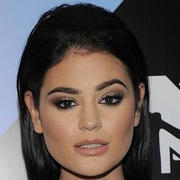