Emil Hegle Svendsen (born 12 July 1985) is a Norwegian biathlete. He won two gold medals and one silver at the 2010 Winter Olympics in Vancouver. He has won five individual gold medals and six relay gold medals at World Championships.
He skis with Trondhjems Skiskyttere, based in Trondheim.

The 2005–06 season was Svendsen's first season on the World Cup tour, before then he competed as a junior in the European Cup, now known as the IBU cup. During his first season in the World Cup Svendsen finished fifth in three races, two of them in sprints (Brezno-Osrblie and Ruhpolding), and the other in a mass start (Holmenkollen). He also finished races in seventh, ninth, and four more within the top twenty (14th, 15th, 17th, 19th). He finished the overall season in 22nd place. He was 32nd in the pursuit, 21st in the sprint, and 7th in the mass start, only seven points behind Sven Fischer in fourth place.

Svendsen was selected for the Olympics, to compete in the mass start, in which he came sixth, after hitting 18/20 targets and finished 53.8 seconds behind winner Michael Greis of Germany. As a junior Svendsen won four gold medals in junior World Championships, his first and second gold was in the pursuit, and the relay in Haute Maurienne in 2004, and the third and fourth gold in the individual and the sprint in Kontiolahti in 2005. He also has two bronze medals from the individual and the pursuit in Kościelisko in 2003. During his three seasons in the European Cup, Svendsen won two races (individual and pursuit), one second place (sprint), and came third three times (all in the sprint).

For his first season in the World Cup Svendsen had an 82% shooting average, making him the 42nd best shot of the tour, but the same shooting percentage as Halvard Hanevold and Vincent Defrasne. He hit 243 out of 295 targets. He shot both 82% in his prone and standing shoot, he averaged 70% in the individual, 84% in the sprint, 81% in the pursuit, 87% in the mass start, and 76% in the relay.

On 13 December 2007, Svendsen took his first world cup victory, at the 20 km in Pokljuka. However, his big breakthrough came when he won two individual gold medals at the 2008 World Championships, winning both the individual and the mass start ahead of Ole Einar Bjørndalen. He went on winning more victories and podiums for the rest of the season, and eventually finished third overall.

The 2008/2009 season started off well for Svendsen. By placing on the podium in every of the five first races, he took the lead in the overall world cup. After the Christmas holiday however, Svendsen struggled to maintain the early season's results, and when he fell ill during the world championships and did not compete in several races, he lost the overall lead. After a couple of middle placings, he returned with a third place at the mass start event in Trondheim, and a fourth place and a victory in Khanty Mansiysk the consecutive week.

He won a silver medal in the 10 km sprint at the 2010 Winter Olympics in Vancouver on the first day of men's biathlon competition and then followed it up with two gold medals in the 20 km individual and the relay event.

He won 2 gold medals in 2014 Winter Olympics: in mass-start and mixed relay (together with Ole Einar Bjørndalen, Tiril Eckhoff and Tora Berger).

*During Olympic seasons competitions are only held for those events not included in the Olympic program. 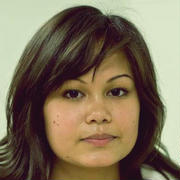