Emil Peter Forsberg (Swedish pronunciation: [²fɔʂbærj]; born 23 October 1991) is a Swedish footballer who plays for RB Leipzig as a winger. He was voted the Swedish Midfielder of the Year in 2014 and 2016.

Born in Sundsvall, Forsberg started his career with his home-town team and joined the first team squad in 2009 when the club was playing in Sweden's second tier of football, Superettan. He went on a loan deal to Division 3 side Medskogsbron BK. He scored twice in his first game, but after his second game he was recalled to GIF Sundsvall. He went on to play several matches for Sundsvall in his first season. For his second season at the club he had become a regular in the starting eleven at Sundsvall and played 30 out of 30 matches for the 2010 season. Forsberg had started to produce goals during his second season at the club but raised his performance for the 2011 season when he scored 11 goals in 27 matches as Sundsvall were promoted to Sweden's first tier of football, Allsvenskan. For his first season in Allsvenskan Forsberg played 21 matches out of 30 and scored 6 goals, however Sundsvall were relegated to Superettan once again after losing the relegation play-offs against Halmstads BK. Forsberg playing for Malmö in 2013.

On 10 December 2012 Forsberg was presented as a Malmö player. He joined the club on 1 January 2013 when the transfer window opened in Sweden. Forsberg signed a four-year contract lasting until the end of the 2016 season. His first season at the club proved to be a success as he played 28 matches out of 30 and scored five goals for the club as they won the league title. He also played all matches for the club during the qualification stage for the 2013–14 UEFA Europa League and scored two goals. During Malmö FF's successful 2014 season Forsberg made 29 league appearances, scoring 14 goals and thus being an important part in the team that defended the league title. He also participated in all of the club's matches in the 2014–15 UEFA Champions League campaign in which Malmö FF qualified for the group stage. As recognition of Forsbergs feats during the season he won the award for Allsvenskan Midfielder of the year. He was also nominated for Swedish midfielder of the year at Fotbollsgalan.

In January 2015 Forsberg joined German second league side RB Leipzig on a three and a half year deal. In February 2016, he extended his contract until 2021. During the 2015–16 season Forsberg was voted the best player in 2. Bundesliga and in January 2016 Liverpool was reported eying Forsberg. In round three of Bundesliga 2016–17 Forsberg was named player of the round by Kicker.

Having previously played for the Swedish under-19 team, Emil Forsberg made his senior international debut for the Swedish national team in a 2–1 friendly win over Moldova on 17 January 2014. He made his competitive debut in a UEFA Euro 2016 qualifier against Liechtenstein on 12 October 2014.

Forsberg playing for Sweden in 2015. 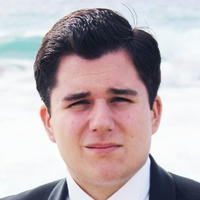