Emerson Schellas Hyndman (born April 9, 1996) is an American soccer player who plays as a midfielder for Scottish Premiership club Rangers, on loan from Premier League club Bournemouth, and for the United States national team.

Born in Dallas, Texas, Hyndman started his career in the U.S. Soccer Development Academy with the Dallas Texans before moving on to joining FC Dallas in 2010. During his time at FC Dallas, Hyndman attracted interest from Newcastle United after the club’s director of football Dennis Wise saw him play, but ultimately Wise opted not to pursue him further.

Hyndman joined the Fulham youth academy in 2011 aged 15. Hyndman revealed that the then club’s head of youth development, Huw Jennings, convinced him to join the club. Initially, Hyndman revealed that moving to England for the first team, it was tough, but soon settled in, thanks to the club. Since joining Fulham, Hyndman was sent to the club’s academy, where he made his progress to the youth team and the reserve. In 2012, Hyndman signed his first professional contract with the club.

On August 9, 2014, Hyndman made his professional debut for Fulham in a Championship fixture against Ipswich Town, starting and playing 90 minutes in a 2–1 loss. In first season at Fulham, Hyndman made nine appearance, due to playing in the reserve, being on the substitute bench and sidelined with a broken collarbone.

In the 2015–16 season, it was reported on MLS website that Hyndman turned down a contract extension twice with the club, leading to attracting interests. By September, Hyndman would stay at the club. Hyndman made his first appearance of 2015–16 season, playing 90 minutes, in a 1–0 loss against Stoke City in the third round of League Cup. After spending months in the reserves, Hyndman’s first league appearance came on December 5, 2015, coming on as a substitute, in a 3–0 loss against Nottingham Forest. Following this, Hyndman was given a string of regular first team football, though he was left out of the starting eleven on more than one occasion when Fulham faced relegation. Despite this, Hyndman scored his first professional goal against Cardiff City on his 20th birthday. After the match, Hyndman was named Man of the Match for his performance, including the winning goal.

At the end of the season, Manager Slaviša Jokanović stated Hyndman could leave the club with his blessing On May 15, 2016, ESPN reported that Hyndman would leave Fulham when his contract expires, although it revealed that Fulham would get compensation as a result for Hyndman’s departure.

On June 17, 2016, Hyndman signed a four-year deal with Bournemouth of the Premier League. He made his first appearance in a League Cup match against Morecambe.

On January 9, 2017, Hyndman signed for Scottish Premiership club Rangers until the end of the 2016–17 season.

Hyndman represented the United States at U17 level in 2012. He received his first senior call up in August 2014 after making three first team appearances for Fulham. On August 28, 2014. He was selected to the senior national team for their game against the Czech Republic on September 3. He made his senior team debut during the match, being subbed on in the 67th minute.

In May 2015, Hyndman captained the United States side in the 2015 FIFA U-20 World Cup in New Zealand. In his first match of the tournament, Hyndman scored the game winner to defeat Myanmar 2–1.

Hyndman is the grandson of former FC Dallas manager Schellas Hyndman. He holds Portuguese citizenship through his family history.

While growing up in United States, Hyndman excelled in baseball, basketball and soccer, but preferred soccer, as he stated he love kicking a ball from a young age.

Former member of the San Francisco Board of Supervisors 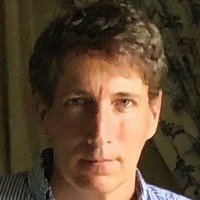 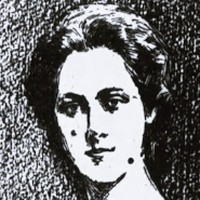