Elsa Lafuente Medianu (born 18 July 1976), known professionally as Elsa Pataky, is a Spanish model, actress, and film producer. Pataky is best known for her role as Elena Neves in The Fast and the Furious franchise. She has appeared in the films Snakes on a Plane (2006), Giallo (2009) and Give 'Em Hell, Malone (2009). She also starred in the Spanish film Di Di Hollywood in 2010. Pataky at a presentation for Time Force watches in December 2007

Pataky was a member of the Madrid theatre company Teatro Cámara de Ángel Gutiérrez. Eventually, she left school when she was cast in the television series Al salir de clase. Some of her subsequent films were co-productions with the UK and France, which introduced her to working in English and French. She was in the cast of the television series Queen of Swords (2000) as Señora Vera Hidalgo, trophy wife of Gaspar Hidalgo and mistress of Captain Grisham, credited in the opening titles but appearing in only 14 of the 22 episodes. She also had a recurring role in the television series Los Serrano, playing teacher Raquel, who fell in love with her student Marcos (Fran Perea).

Pataky has appeared in over 10 Spanish films and co-starred in the French film Iznogoud (2004). She was also on the cover of August 2006 issue of Maxim. She was cast in 2009 in the Mexican series Mujeres Asesinas as Paula Moncada in the episode "Ana y Paula, Ultrajadas". She also starred in the action noir film Give 'Em Hell, Malone and Dario Argento's Giallo.

Pataky became the female face for the first collection of Time Force's jewelry line Ultimate Jewel, opposite football star Cristiano Ronaldo. She played Officer Elena Neves in the movie Fast Five, with Dwayne Johnson as her partner, Luke Hobbs. MTV Networks' NextMovie.com named her one of the Breakout Stars to Watch for in 2011. Pataky was a stand in for Natalie Portman in the post end credit scene in Thor: The Dark World.

In 2013 and 2015, she reprised her role as Elena Neves in Fast & Furious 6 and Furious 7, the sixth and seventh installment of The Fast and the Furious film series.

Pataky began dating American actor Adrien Brody in 2006. For Pataky's 31st birthday in July 2007, Brody purchased her a 19th-century estate in New York. Pataky and Brody were featured at their New York home in a 35-page spread for HELLO! magazine in October 2008. The pair broke up in 2009.

She then began dating Australian actor Chris Hemsworth in early 2010, after meeting through their mutual representatives. Pataky and Hemsworth married over the Christmas holidays in 2010. They have three children: daughter India Rose (born May 11, 2012) and twin sons, Tristan and Sasha (born March 18, 2014).

In September 2012, Pataky won €310,000 in Spain's supreme court against publishing group Ediciones Zeta. In March 2007, Interviu magazine, owned by the Zeta, published topless photos of Pataky that had been taken with a long lens while Pataky was changing clothes during a photoshoot for Elle magazine. The Zeta group said it would appeal the decision.

In addition to Spanish, she is fluent in English, Romanian, Italian, Portuguese, and French. 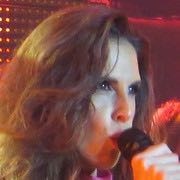 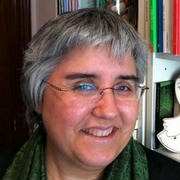 First duke of Galisteo and first count of Osorno