Elsa Guerdrum Allen (1888, Washington, D.C. – 29 January 1969, Utica, New York) was an American ornithologist, lecturer, author and historian of ornithology, known for her 1951 book The history of American ornithology before Audubon.
Elsa Guerdrum received her B.S. from Cornell University in 1912 and married the ornithologist Arthur A. Allen in August 1913. They had five children, all of whom were born between 1918 and 1927. She earned a Ph.D. in zoology from Cornell in 1929. Most of her scholarly work dealt with the history of ornithology in North America before 1830.

She was chiefly responsible for bringing long-overdue attention to the work of John Abbot, an early naturalist who painted in the late 1700s many of the birds of the southern United States, and thanks to her efforts, he was honored in a ceremony in Savannah, Georgia, in 1957, when Mrs. Allen unveiled a monument to his memory. She was also intensely interested in the work of Mark Catesby and Alexander Wilson, and gained greater recognition for their work than had hitherto been given, without disparaging the work of their contemporaries.

According to Alan Feduccia, the first major archival study of Mark Catesby's life was Elsa Allen's 1937 article in the The Auk. Her unpublished work includes a biographical study of John Abbot, a novel "The Story of Lalla", her diaries from 1912 to 1966, and "Minerva's Daughter". 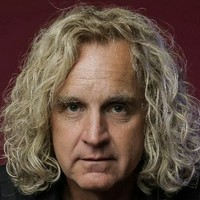