Born in Bangui, Central African Republic, Yamissi started his playing career at Bordeaux. He was there one season and did not make a first team appearance. He then signed for La Roche VF, spending one season there, playing six games. He then moved to Olympique Alès, where he played only four games, before moving to Nîmes Olympique, where his career began to take off, playing 52 games and scoring four goals.

His potential was noticed by Troyes AC, which promptly signed him in 2005, when it was in Ligue 1. He experienced several ups and downs at the club, being relegated twice, and winning promotion twice too. From 2011, he was club captain, which he led to promotion to Ligue 1 once again at the end of the 2011–2012 season.

He joined Valenciennes FC in 2013 and played five seasons for the club before being released in 2018. In February 2019 he joined Annecy FC.

Since its reformation in 2010, Enza Yamissi is a member of the Central African national team, which he captained on several occasions.

Although he is predominately a defensive or left midfielder, Yamissi can play many positions. He can play across the midfield, centre attacking midfield, and left back. 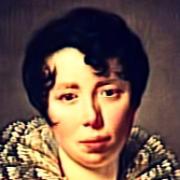