Elof Westergaard (born 31 March 1962 in Lemvig) is a Danish theologian who since 2014 has been a Bishop of Ribe.

After graduating in theology from Aarhus University in 1991, he was ordained as a priest in Ribe Cathedral . He served as the vicar of Husby and Sønder Nissum parishes in the Diocese of Ribe during the period 1991-2005. From 2005 to 2014 he was pastor of Mariehøj Sogn and 2009-2014 also Dean of Silkeborg deanery.

When Elisabeth Dons Christensen retired as Bishop of Ribe in 2014, Elof Westergaard announced his candidacy for the post. At the beginning of April 2014, he was elected as the new bishop of Ribe against three other candidates in 1st grade. He collected 64.35% of the votes. On June 1 that year he was consecrated and installed as bishop in Ribe Cathedral.

The contents of this page are sourced from Wikipedia article on 04 Aug 2020. The contents are available under the CC BY-SA 4.0 license.
View Elof Westergaard 's image gallery
Image Gallery 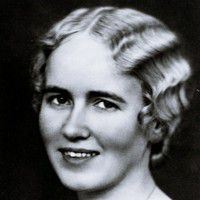