Ellwood Walter, Esq. (August 16, 1803 — May 7, 1877) was president of the Mercantile Mutual Insurance Company in New York for 28 years. The Mercantile Mutual Insurance Company was organized in April 1844. He was also secretary of the New York Board of Marine Underwriters since 1849. He insured Cornelius Vanderbilt and many American Steamship companies during the 19th century.

Born in Philadelphia, Pennsylvania, Walter married Deborah Coggeshall on August 9, 1827 in New York City. They had six children: Elizabeth, Thomas, Anna, George, Ellwood Jr., and Sarah Walter. His daughter Sarah married Thomas Burling Hallock (1838–1924) at the Walters' home in Brooklyn Heights. In his early life, he was an editor of a weekly newspaper, The Ariel: A Literary and Critical Gazette, published in his hometown Philadelphia.

In 1854, when Cornelius Vanderbilt was creating steamships, it was hard to get Marine insurance for the new design. Ellwood Walter made a visit to Vanderbilt's house. After their meeting, Vanderbilt put $1,000.000 into the Mercantile Mutual Insurance Company. Once people got word that Ellwood Walter was insuring the Vanderbilt ships, everyone wanted to insure them.

On August 6, 1856, Walter as Secretary of the Board of Underwriters, spoke about the rate of the premium to be charged to the port of Fernandina, Florida as compared with other southern Atlantic ports. The correspondence goes on to say that “there is a light-house on Amelia island, and there are buoys for marking the entrance.”

On July 19, 1858, Walter as president of the Mercantile Mutual Insurance Company, made a claim against the government of China for compensation for losses sustained by the cargo ship Caldera. The ship was robbed, burned and destroyed by the Chinese while it was anchored in Tylo, China. At this time C. J. Despart had become secretary of the Mercantile Mutual Insurance Company.

On June 13, 1857, Walter on behalf of the Board of Underwriters, approved the publication of the volume The New York Marine Register for Thomas D. Taylor.

Walter reported that on March 11, 1862, the brig William C. Clark, ran ashore on Skiff Island with the vessel and cargo saved because of the master and principal owner, Capt. H. Daggett. He was successful in retaining his crew and could proceed on with their voyage.

In 1865, Captain Bennett and Walter corresponded by letter regarding the steamer Annie and an accident near Savannah, Georgia, which caused her to leak badly. The steamer was insured by the Mercantile Mutual Insurance Company for 10,000 dollars. Captain J. Clark was Master of the steamer.

Annual statement and payment to policyholders

In 1868, Walter as president of the Mercantile Mutual Insurance Company, advertised that a payment to policy-holders would be made for 20%. The annual statement for January 1869 showed that net premiums for the year were $1,072,918.40 and net earnings for the year were $318,293.93.

On June 25, 1874, Walter gave a silver medal and money by the American Benevolent Life Saving Society of New York, as an award to Henry Rynders, seaman, for saving the life of a boy who was playing ball and accidentally falling into a sewer. The seaman rescued the boy by lowering himself into the sewer and finding the boy 15 feet from the opening. Ellwood Walter was elected again on January 6, 1876 to what was now called the Life Saving Benevolent Association.

On January 25, 1875, Walter of the Mercantile Mutual Insurance company, announced the company's statement of affairs. They had revenues of $1,218,615.93. As a result, a semi-annual dividend of five cents was paid to the stockholders.

On May 7, 1877, at the age of 75, Ellwood Walter, president of the Mercantile Mutual Insurance company and Secretary of the Board of Marine Underwriters, died at his residence in near Englewood, New Jersey. He was buried at the Quaker Cemetery in Bronx, New York.

That this board has received with feelings of deep sorrow the announcement of the deceasing of Ellwood Walter, President of the Mercantile Mutual Insurance Company, who for nearly twenty-eight years has been a member of this board, and during all that time its able and honored Secretary. That by the death of Mr. Walter we have lost one whose large experience and extensive knowledge as an underwriter has long commanded our admiration and respect; and whose high character as an upright and honorable man, always seeking those ways that tended to peace and good will among men, made us cherish and love him as a valued friend. That as an evidence of our respect the offices of the several marine insurance companies in this city be closed at half-past 2 o'clock P.M tomorrow (Wednesday), and that the underwriters will attend the funeral service in a body. That these resolutions be recorded in the Book of Minutes and published, and as a further expression of our respect for his memory and of our sympathy and condolence, that a copy of them be transmitted to the family of the deceased.

His residence near Englewood was put up for sale, which had 28 acres of land and a large house.

The Mercantile Mutual Insurance company went out of business in 1880. Walter had been one of the leading members of the Quaker mercantile community. Clement J. Despard was vice president up until his death in 1879. 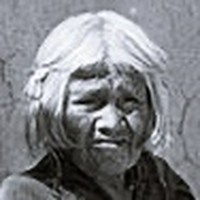 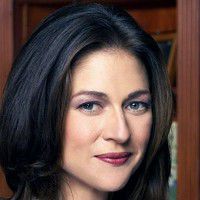 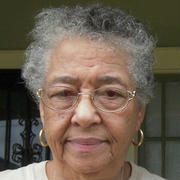