Elling Carlsen (8 September 1819 – 18 April 1900) was a Norwegian skipper, seal hunter and explorer. Carlsen Island, one of the Rønnbeck Islands in the Svalbard archipelago, is named after Carlsen.

Elling Carlsen was born in Tromsø in Troms, Norway. Carlsen took the mate exam in 1846 and that same year he was given responsibility for his first ship. Carlsen sailed out of Hammerfest in Finnmark, Norway. In 1863, he completed the first circumnavigation of Spitsbergen. He is credited with the 1871 discovery of the site of the 1596 winter camp of the third voyage of Willem Barentsz and his crew on the north-eastern shore of the archipelago of Novaya Zemlya in the Arctic Ocean. In 1872-1874, he participated the Austro-Hungarian North Pole Expedition led by Julius von Payer and Karl Weyprecht, which discovered the archipelago of Franz-Josef Land in the Barents Sea. He was also credited with discovering Kong Karls Land in the Svalbard archipelago in the Arctic Ocean. In 1872, he was made a Knight of the Order of St. Olaf. 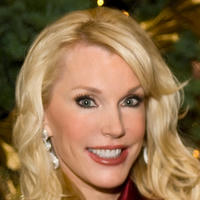